The early Renaissance was ranging from the year 1420 until 1500 and gathers many artists, including architects, painters and sculptors who were the initial promoters of the stylistic reform in Italy. They are starting to sign their works openly and also feel highly inspired by the painters of the late Gothic period whose works were showing the way of the new humanist thought nascent, as it was the case of Van Eyck or the Limbourg brother’s. 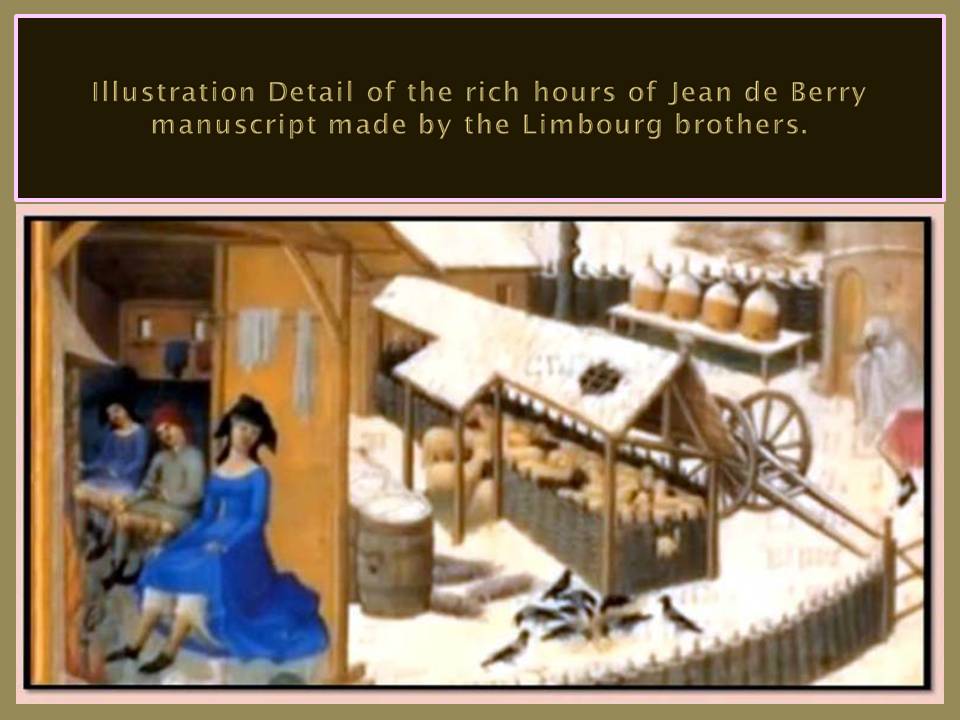 The beginning of the Renaissance in the city of Florence in Italy coincides with the late period of the Gothic in Europe. The Italian cities gradually joint this humanist current and although at this early stage of the Renaissance still remain Gothic elements; the artists are routed to search for technical solutions that enable them to represent their works with the new aesthetic conception.

Among the featured artists is noteworthy to mention the exceptional artists Filipo Brunelleschi. (1377-1446) and Tommaso di Ser Giovanni di Simone: (Masaccio) (1401-1428), who, the first in architecture and the second in painting marked milestones successes finding practical solutions to technical problems in art. This solutions opened new possibilities and the rebirth of man expression in art.

The Renaissance philosophical thought and artistic style initially encounter opinions against it and was accused of being the Liberals and Neo-pagans style, but the uncompromising pursuit of the Dominican Friar Girolamo Savonarola (1452-1498) could not stop the progress of mankind thinking towards modern tendencies and acute transformation. To gradually get rid of the bondage of the guilds of craftsmen and become individuals artists with humanistic trend-based they devoted to learn and works from the classicism and perfection of Greek and Roman art antiquity.

The new “Cult of Fame” helps them to have a large clientele that wants to be immortalized in pictures or sculptures or who want to show their respects for the prominent successful figures. They make for instances beautiful and valuable objects to decorate the palaces or social centers’ for the affluent class who was eager to display their wealth and power. 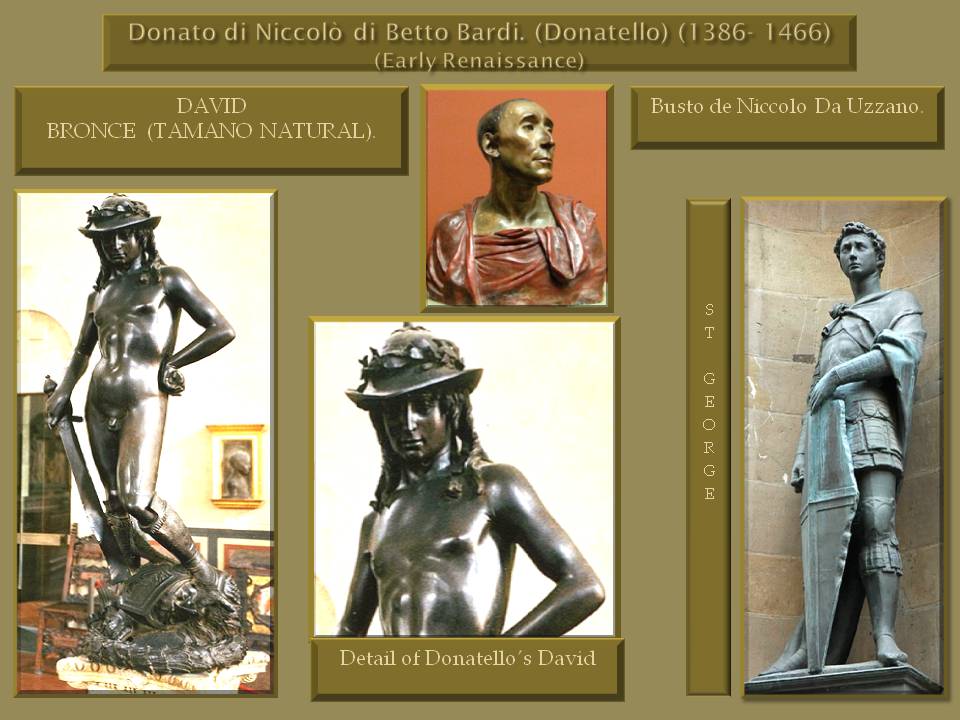 They works in this period are therefore proportionate, measured, and attached to Greek and Roman classicism dogmas, but also possess the pride of a successful man who wants to show its reality as it. In that sense, there is a takeoff from the pure aesthetics of the Greek idealism, becoming their works more realistic and very detail, like if they were to come alive in front the eyes of the viewer’s.

The traits of the characters are identical to the models; no matter if they were ugly or beautiful, even the temperaments or the emotions that were being represented were explicitly indicated for better communication with the Spectator. They were not however exempt of veiled signs or hidden messages intended to be understood by a cult audience. 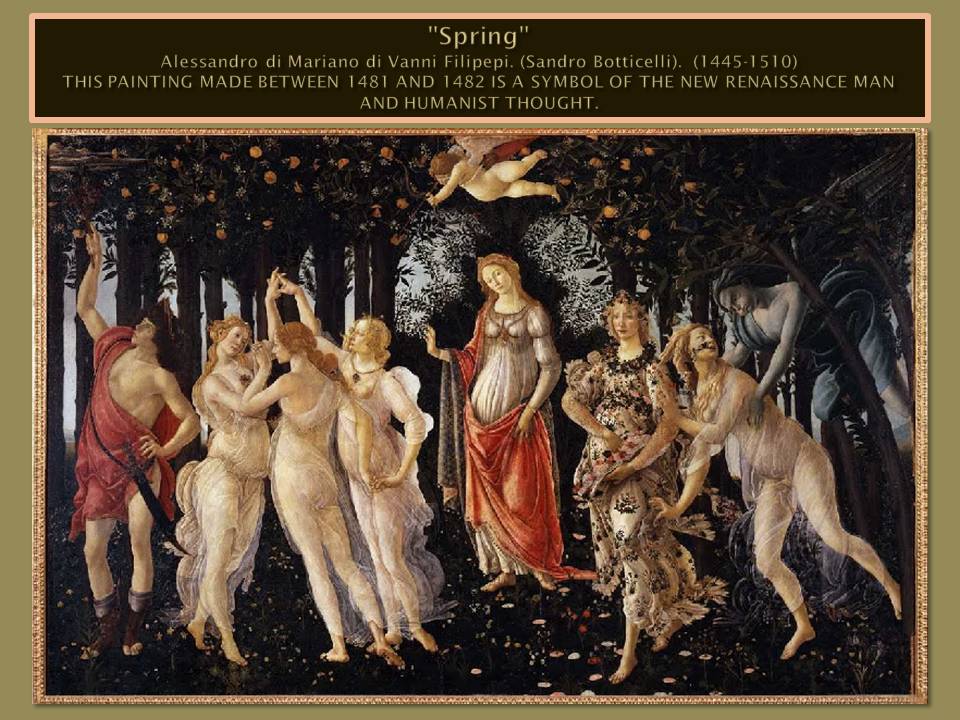 Characters and scenes were not perfect and idealized, but realistic and perfect. Many artists are noted for their talent and personal style which ranks them as prominent artists in demand, who will in turn become teachers or mentors; as Verrocchio, who was Leonardo Da Vinci teacher.

Here are some of the most important.

In High Renaissance period roughly (1475-1525) the papacy in Rome also assumes the role of patronage. After a period of hesitation in which they still did not accept the radical change of thinking, Church has no other option that conforms and get to good terms with this unstoppable humanist current. Desirous of having the services of prestigious artists, they commissioned decoration of salons in papal buildings, funerary monuments and other religious buildings to painters and important sculptors representing the pinnacle of artistic talent of that era, among them: Michelangelo Buonarroti, Raphael, Leonardo Da Vinci and Titian.

They performed works also commissioned by patrons or important public figures such as the Medici family, which by then controlled the Italian finance and whose influence stretched as well to the rest of Europe. Politics stability recent established in different regions allowed powerful families to act as patrons of the arts enabling this one to flourish. 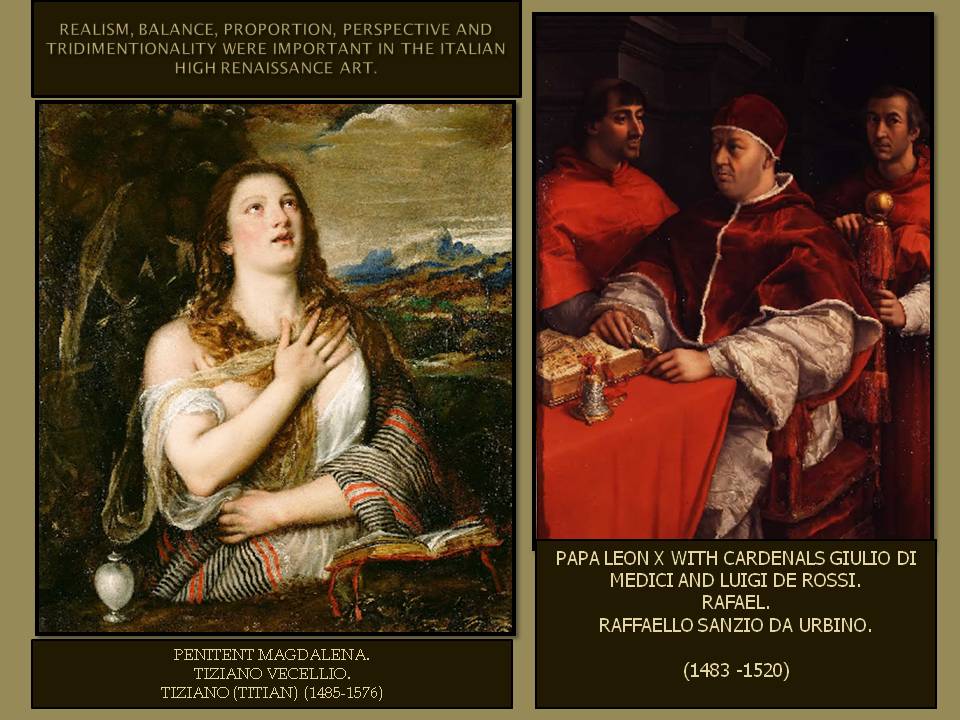 The art of the Renaissance expands throughout Europe in this period known as the High Renaissance, but fundamentally accommodates itself very well in (France, England, Germany and Spain). This art answer effectively to the bourgeois society needs, who was seeking to surround themselves with comfort, and with means to express its refinement and power as already established successful class. 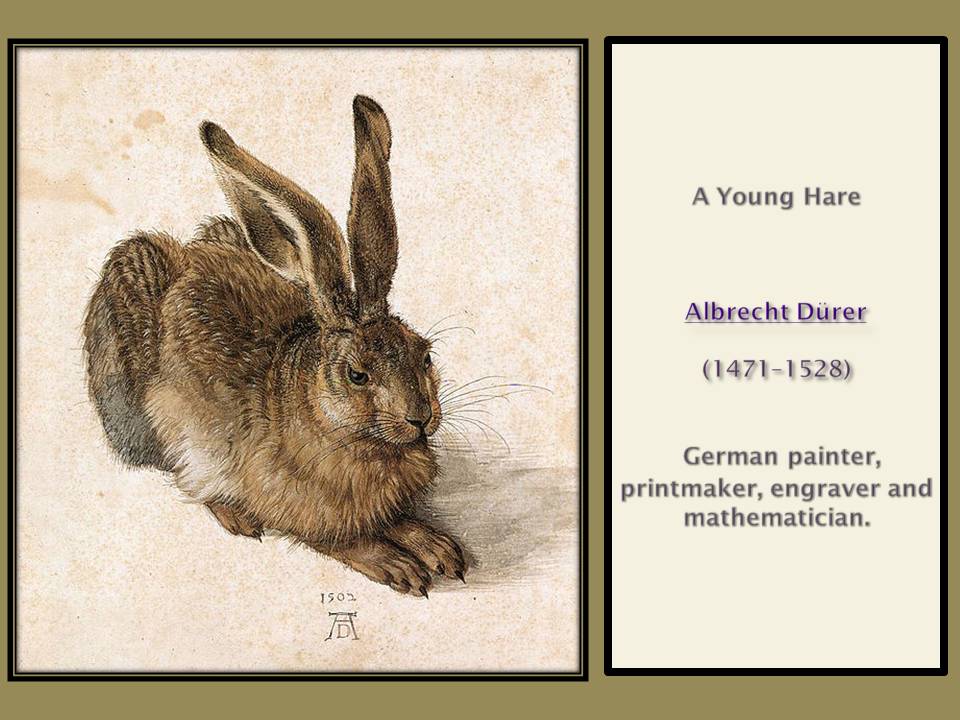 A great interest in nature and the animal world are illustrated in the sketches of artists as Alberto Durero; dominant figure of the German Renaissance who represent elements of the figures in detail. As a scientist and artist his paintings, drawings, engravings and theoretical writings on art exerted a profound influence on the artists of the 16th century in his own country and also in the Netherlands with artists such as Hans Holbein the younger and Lucas Cranach the elder (1472-1553). 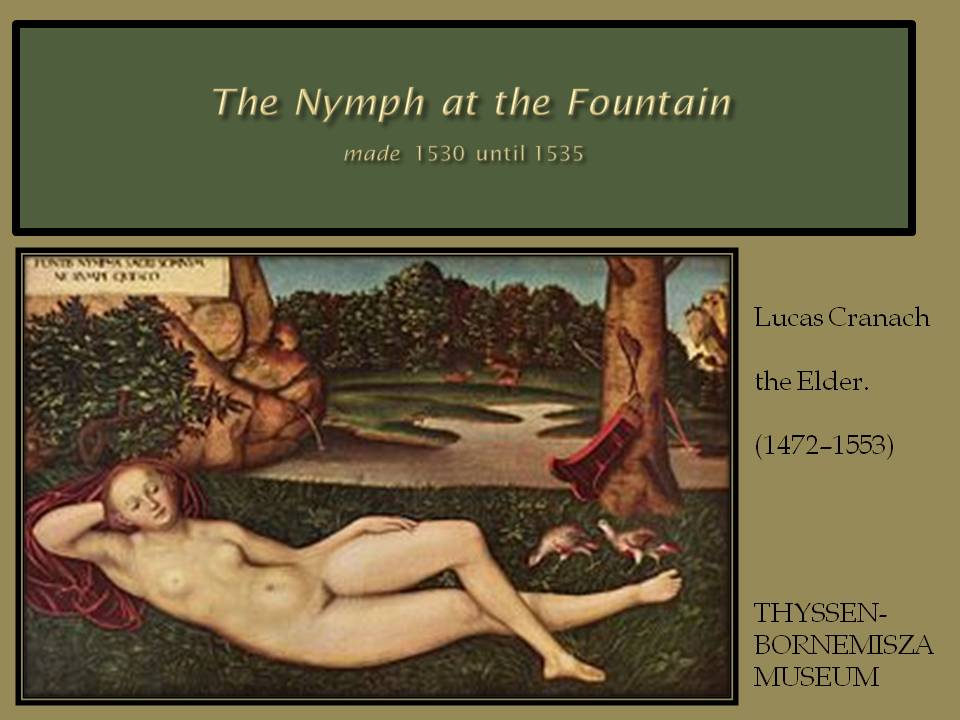 Figures of heroes and legends are revived with vivacity and tangible realisms in works of unquestionable talent, which seem as if they were prompted to come alive and gain movement. In them the human figure; as in the case of the Michelangelo’s David (made life-size), express the detailed study of the forms of the body, its curves, veins, natural legs and hips flex. Miguel Angel manages to represent the action, the drama of the moment trough simple elements like the hands gesture or the tense expectant face expression. 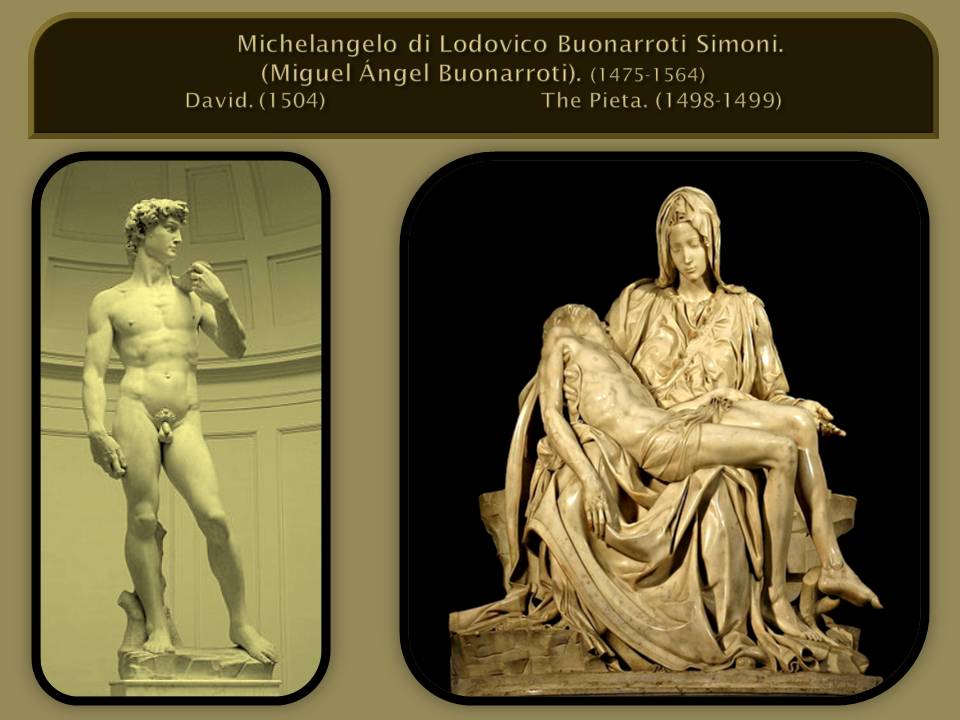 He was also the author of the Sistine Chapel vault decoration and in this supernal creation reflects his knowledge of the human body as it did when he sculpted. Michelangelo Buonarroti was the first artist who could represent this chapter of the Bible about the creation in a surprising painting with realism and detailed work, entirely based on the poses, dramatic gestures and expressions of the faces of the figures, transmitting the message of the chaotic anxiety before the final judgment. 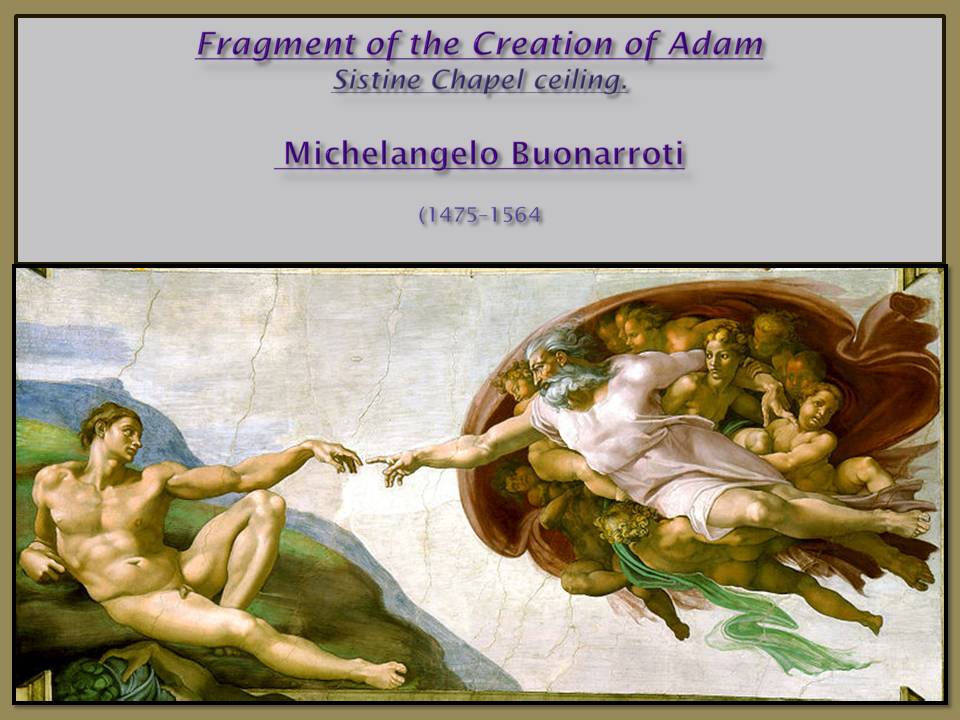 In this period Saints, Virgins and Apostles are endowed in the artistic works executed with dignity and nobility that is expressed well in its humanized figures, which are represented by the classic canons of beauty but far from being totally idealized they are very natural looking and as realistic as they could possible get.

Classical philosophers talk within the composition by Raphael “The school of philosophy” surrounded by personalities of the Renaissance, where the spatial illusion represented shows a stunning three-dimensional depth. The softness of the faces of their Virgin and portrait of personalities seem to be made without effort, when in reality an incredible command of technique and great capacity of work give us a visual delight were soft and sweet faces figures evoke a real and emotional feeling, but where light nevertheless is the true protagonist. 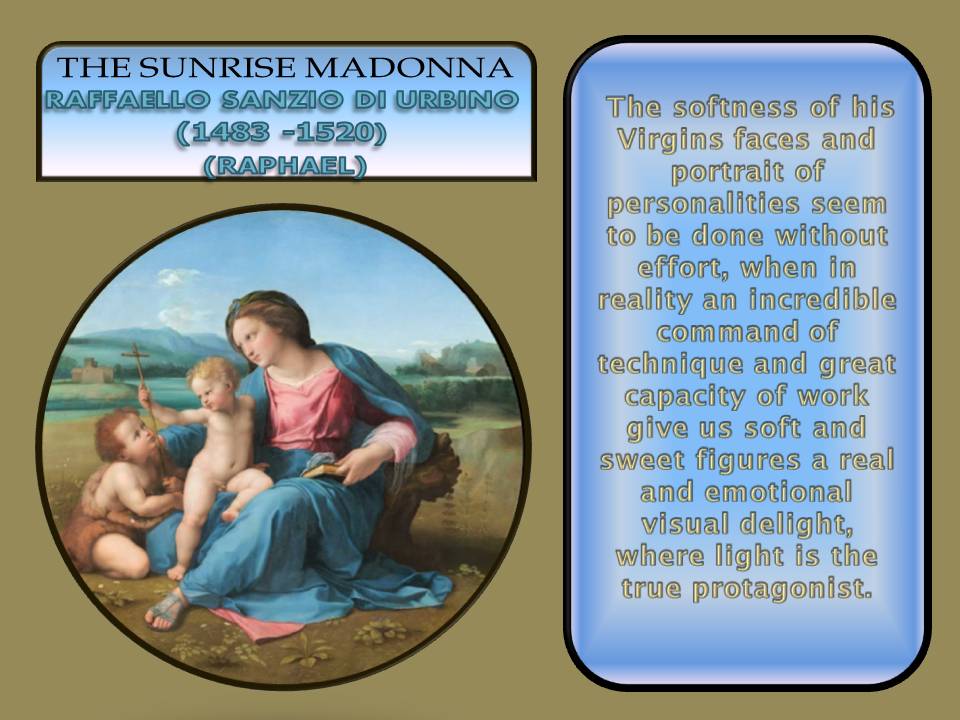 Leonardo Da Vinci with his constant experimentation, study the behavior of pigments and adhesives in paint, He finish few works entirely but in the ones preserved it showed the supernal neatness of the drawing and the mastery of the use of color, skills he gathered through the compendium of knowledge he gets to possessed on many scientific aspects. He reaches mastery using the aerial perspective and the so-called Esfumato, skills that placed him as one of the great geniuses of the Renaissance painting. 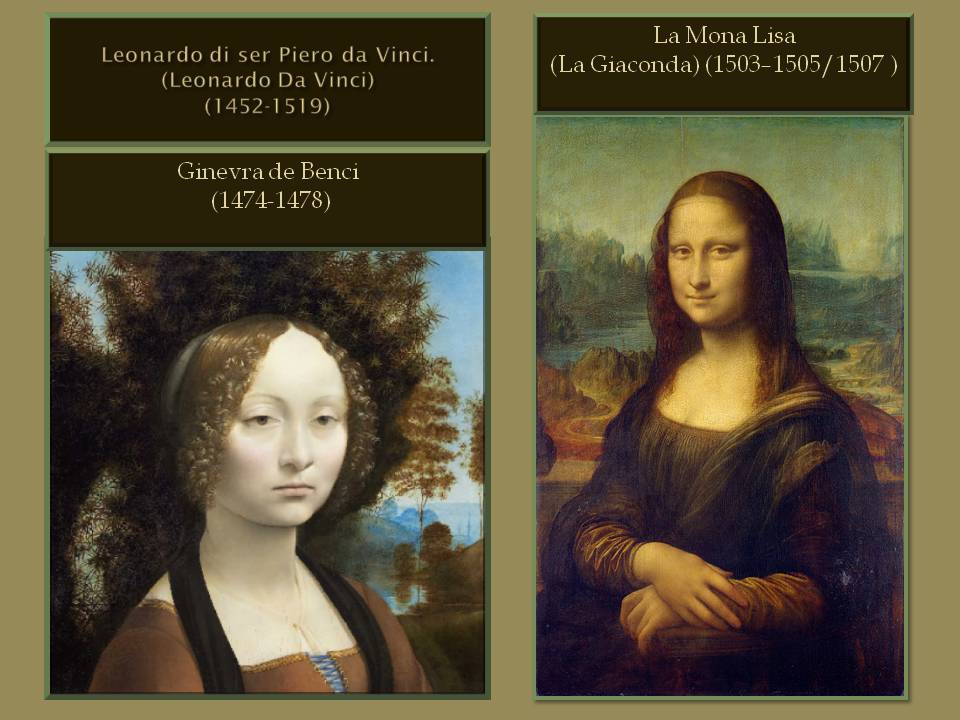 Another prominent artist of this period was Tiziano Vecellio (Titian) whose work manages to represent the pathos of color through control over the lights and shadows. With it’s madden and dynamic style emotionally moves the viewer’s when reinforce de dramatic effects. His elaborate style, which influenced other painters of his time, laid the foundations of what would become the Mannerist style in the 16th century.

Bramante and Giorgione created very specific and realistic atmospheres where nature in meticulous detail represented seems to beat with warm life, they carry out works with mastery in the use of color; so exquisite that it can be said this is the true protagonist in their works. 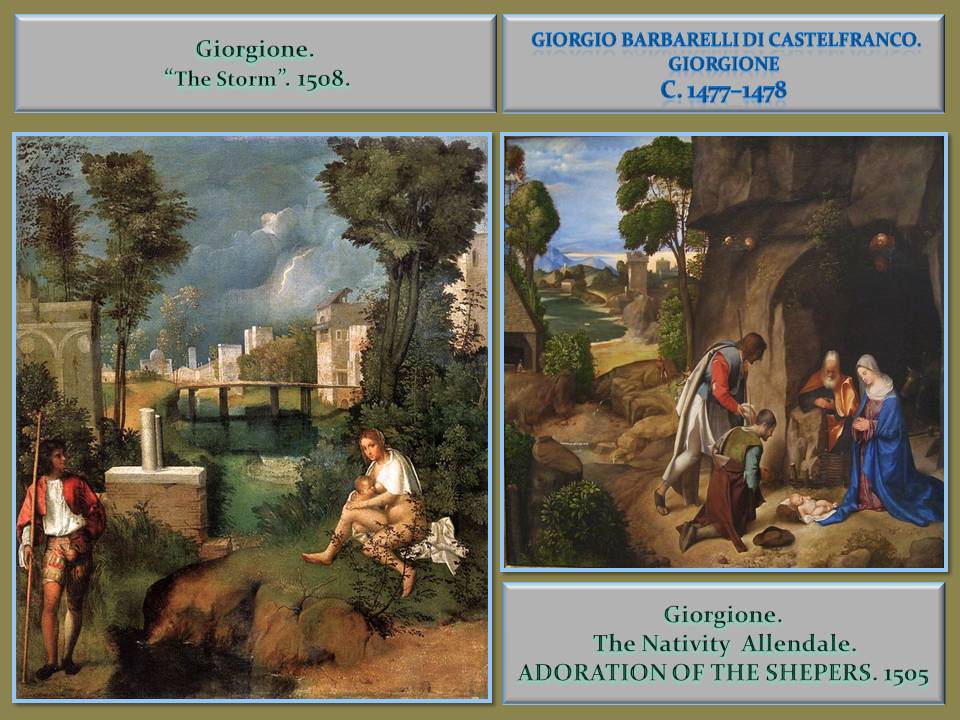 Leading artists of the High Renaissance

Mannerism in the Renaissance

This trend had an advance theoretical developed literature that however found no echo in the bourgeoisie who could not understand its complex conceptual sophistication right away. Mannerism coincides with the period of the crisis of Christianity and the fighting in Europe against the Muslim invaders.

This tumultuous stage marks the style of many painters across Europe influencing painters in countries as Germany, France, and especially in Spain where the figure of the painter known as El Greco was highly appreciated in the Spanish courts. 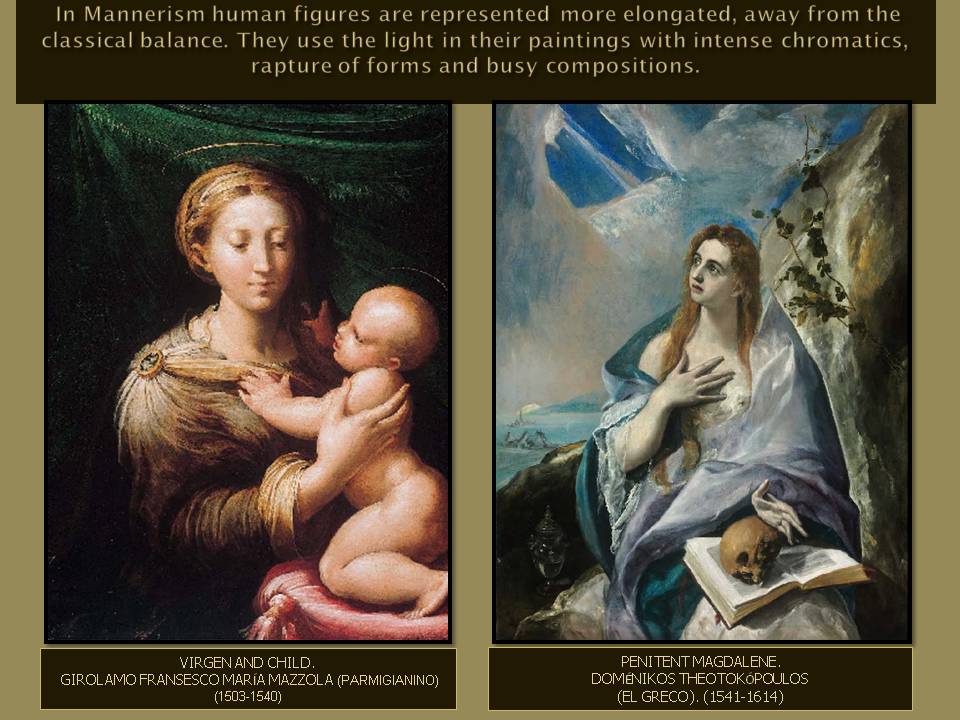 Human figures are more elongated away from the classical balance, used intense chromatic’s, rapture of forms, charged and busy compositions. High expressions of emotions are displayed that increased the feeling of restlessness and anxiety. These paintings are intended to provoke emotional reactions in the Viewer. Clearly, they are the anticlassical response that has been progressively developing that took a boom at the end of the 16th century.

The contrasting palette of “El Greco”, for example, emphasizes the message through a particularly dramatic eloquence, is almost as if we were seeing real characters in a theatrical scene setting, in his work “The burial of the Count of Orgaz” the pathos about death is represented so vividly that we feel overwhelmed with sorrow before is contemplation. 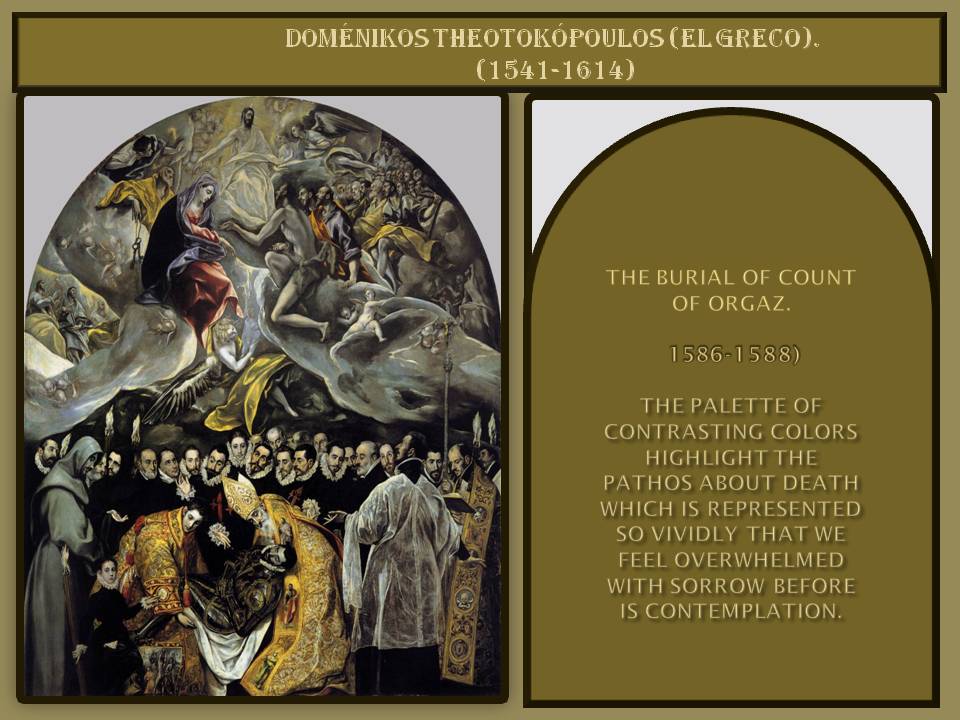 Artists belonging to the mannerist period

Painters and Mannerist sculptors with its tendency to over ornate and situate many elements in their compositions are the anticlassical response to equilibrate compositional dogmas, experimentation with different color palettes, blurred backgrounds; nervous drawing and exacerbated drama occurred, enunciating the new aesthetic and stylistic bases.

This mannerist period is the direct antecedent of the Baroque style in art.

This bases are not taken lightly by the next generation of painters who influenced by the new economical, political and social situation, drive towards a deeper change away from the classical plastic form of the academic and entering a new period in Art History. The Renaissance period in the history of art is one wordid to be study, there was such talented artist that finally were recognized as such an not like mere artesans with incognitus status as they were treated and valued before. This new, intense and rich period in which humanity gains a central part of attention in philosophy, art, poetry and all along all the expressions of civilization spirituality, feelings and artistic creativity is not only important to be study today, but is also a necessity