The same concepts that apply to other artistic manifestations in Greek art such as the proportion and harmony, symmetry and technical perfection can be seen in relation to architecture. Those concepts stand up in the classical temples, whose characteristics are common to all the “Polis”. Greek temples were designed to be observed from the outside and not for the use of its interior space. So its external appearance becomes a main value closely related to the worship of the deities in the Greek culture. 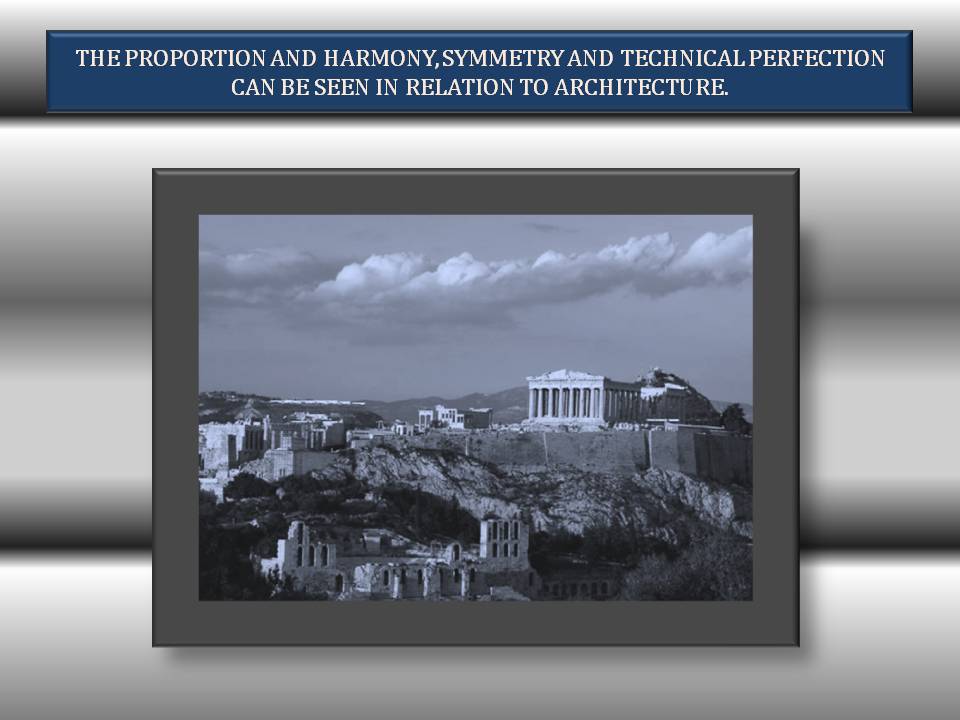 The perfection of these buildings is seen in complex technical elements such as:

– The use of colas of Milano in replacement of mortar in the coupling of the ashlars.

– The perfect framed and polishing of the masonry.

Principal plants distribution in Greek architecture for the construction of temples:

The Greek temple was establishes in a sacred space called Temenos. The plants of the temples are called as their columns are distributed; along its perimeter as well as the number of them.

The classical orders in Greek architecture constitute a constructive design to ensure the repetition in all the temples of the same decorative and constructive system module.

The roof of the temple is constructed in a way in which the two parts of it leaves a space triangular which is called “Pediment”. 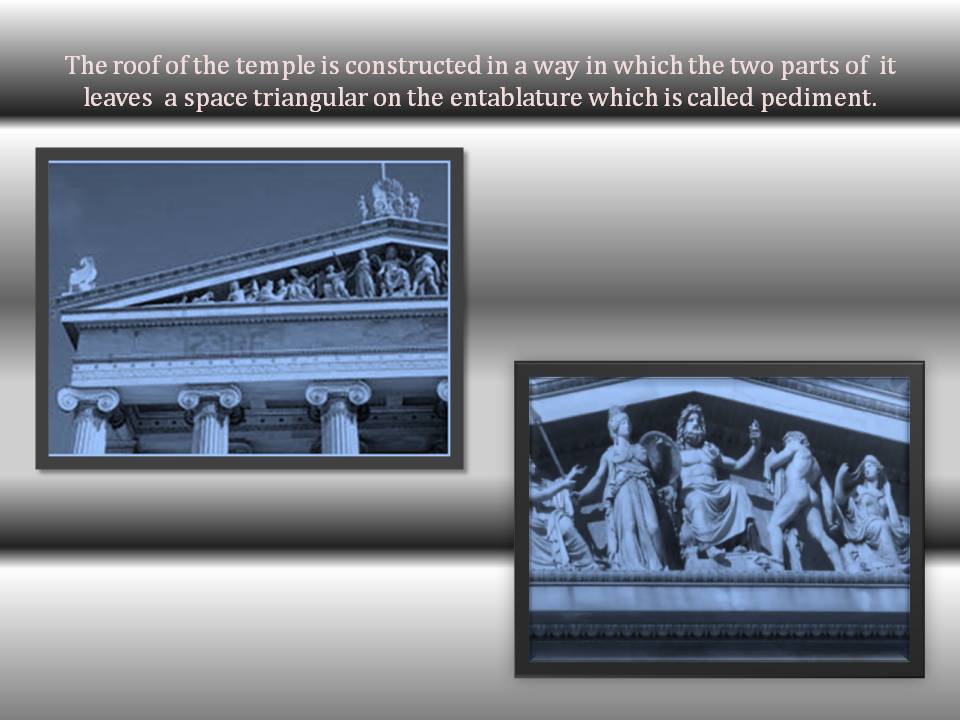 A late period show an influence of the art of the East in the construction of these temples and other buildings and this influence takes a huge role of dominant expression.

The Monumental sculpture (applied to architecture)

The friezes: find sculptural decoration in relief in the metopes of the Doric frieze and in the jonick friezes; occasionally also in friezes decorating elsewhere in the temples or other buildings. However to be these sculptures a works that is made in two dimensions; is achieved the purpose of give the relief a three-dimensional effect, in which figures express movement in relation to the action which they are performing as well as the emotions, heroism and divinity representation.

The eardrums of the pediments: is the preferred place, usually decorated with sculptures called “round piece”.

The decoration of the top front of those temples presents the problem of adapting the scene to the triangular shape of the eardrum, so evolve in the search for solutions that respect the proportionality of the figures, various form are presented; the characters are placed them standing, bending, kneeling, sitting, lying or lay, in a way in which can locate them without breaking the logic of the perspective and the beauty of the whole arrange. Notwithstanding the challenge launched to resolve the location of the figures in the triangular space these present greater dynamism. This will be the line to follow from that point on.

– In the Temple of Artemis in Corfu.

– In the Treasury of the Sifnos at Delphi.

– In the Temple of Afaia in Aegina.

– In the Temple of Zeus at Olympia.

The perfection of this proportioned buildings with total devotion to represent harmony, equilibrium of the parts and total mathematical accurateness in the construction, make use even of optical illusion tricks to fix what the human eyes could distort when the parts of the building are observed from determined points of view. All this efforts to get an exact representation of the ideal beauty paradigm; transcend in architecture along centuries been the classical Greek ideals  the model to follow for many architects even to this days.