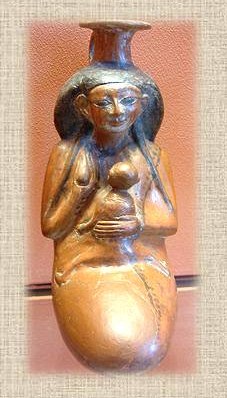 The forms of ancient Egyptian pottery were numerous. Vases were made principally for practical use and not for ornament although the decoration in some of them is remarkable. The amphora, in Egypt as in all ancient countries was the most common and most useful vase, was made in all sizes, from the three-inch oil or perfume container to the immense jar of three or four feet in height, for holding water, wine, oil, or grain. 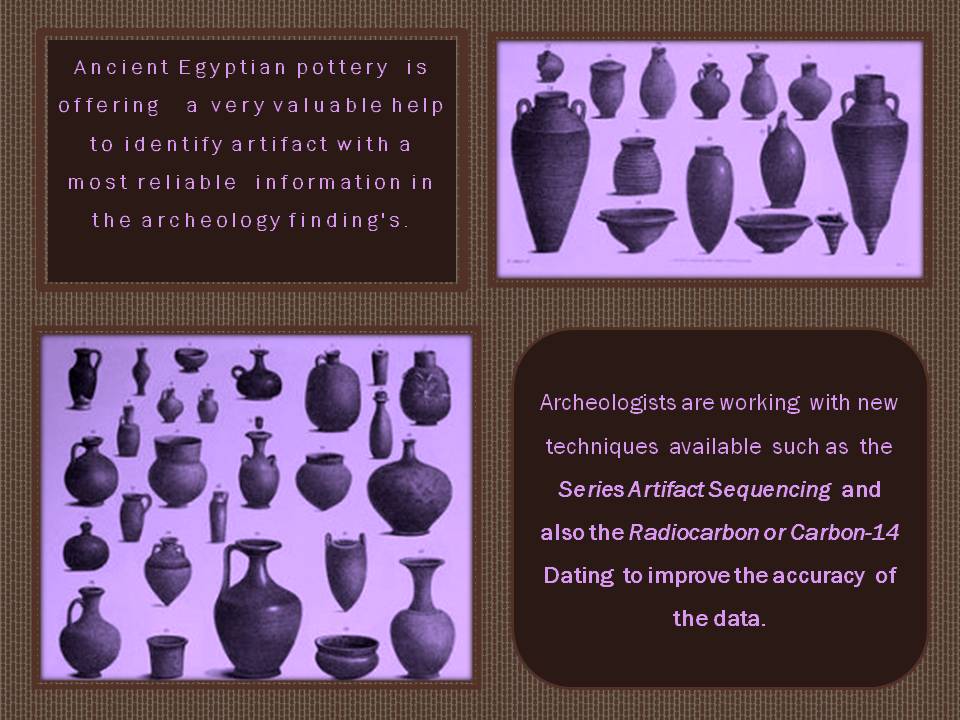 Pottery provides a secure support for dating of all archaeological finds. The studies of their dating shed light on the proper period produced as well as the cultural affiliations and economic aspects around them. People start creating pottery vessels very early in time In order to have something were to keep wheat products and grains in them so it wouldn’t get wet and go moldy. Pottery was used for utilitarian tasks such as cooking, storage, and shipping. In Egypt artisan produced interesting shapes ceramic figures, vessels, and even sarcophagi which were very much a part of ancient Egyptian funerary practices.

The earliest Egyptian pottery already had geometric designs on it. The Egyptians made two kinds of pottery:

The purpose of the ancient ceramic in Egypt as well as the one of their contemporaries cover; domestic use, funerary, festival, and ritual contexts. Egypt produced several varieties of unglazed pottery. The most common pottery was the ordinary red, cream-colored, and the yellow ones. The art of covering pottery with enamel was invented by the Egyptians at a very early date. They applied it to stone as well as to pottery. Enameled pottery was also used for inlaying purposes in ornamental work. 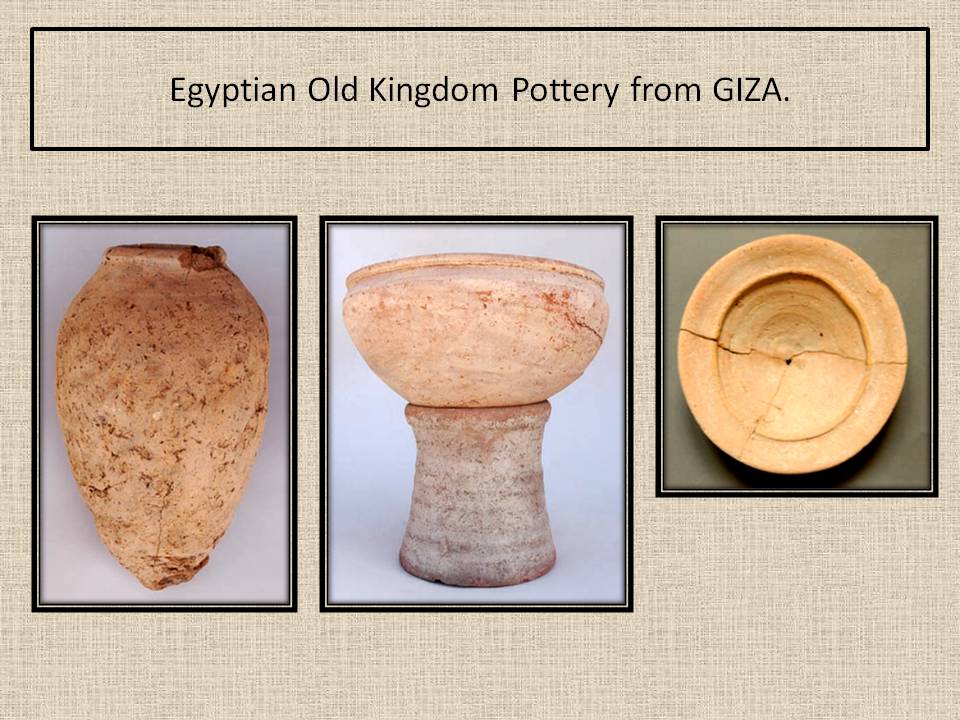 Ceramic material allow be interpreted in its wider socio-economic context. The studies about this pottery derived from analyzing many sites in Egypt from the Delta in the north to Elephantine in the south, and covering a chronological range from the Old Kingdom to the Coptic period. 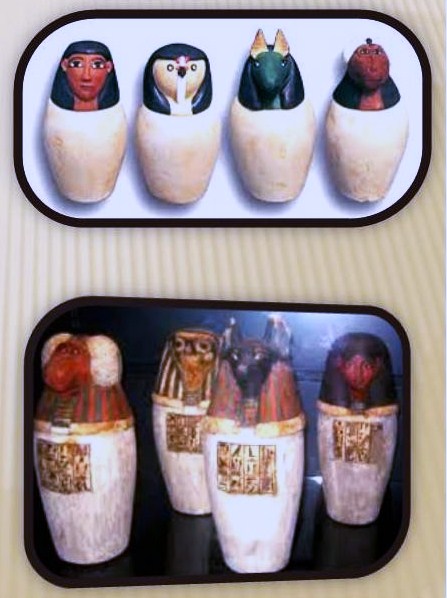 The pottery with funerary purpose made in Egypt show a large numbers of smaller enameled potteries which were deposited with the dead; they are very well preserved and provide very important information. The most common founded were those now called Osirian figures, usually representing mummies. They are found both unglazed and enameled, in red pottery and in with a hard, gritty pottery.

The pottery that corresponds with the pre dynastic Egypt was often of a surprisingly fine quality. The so called “Badarian” period pottery was made without the use of a potter’s wheel, and it was usually the woman who elaborated the pottery. These beautiful pieces were burnished to a lustrous finish. They were probably fired in either open bonfires or very primitive kilns, but remain some of the most astonishing pottery ever produced in Egypt.

From the Naqada period (4,000 – 3,000 BC) until the dynastic period, paintings without guides, repetitive templates or fixed concepts were added to the pottery freely.  Animal’s figures, patterns, boats and human figures were depicted.

The potter’s wheel in Egypt was invented in the Old Kingdom. At first this device was a simple turntable, but later evolved into a true potter’s wheel, requiring better preparation of the clay and more control during firing. These potter’s wheels were still hand turned. With the potter’s wheel more refined kilns were constructed, this new technique allowed pottery to be made in more abundance, but did not entirely replace all other forms of pottery making. For example, bread moulds continued to be handmade around a core known as a “Patrix”. 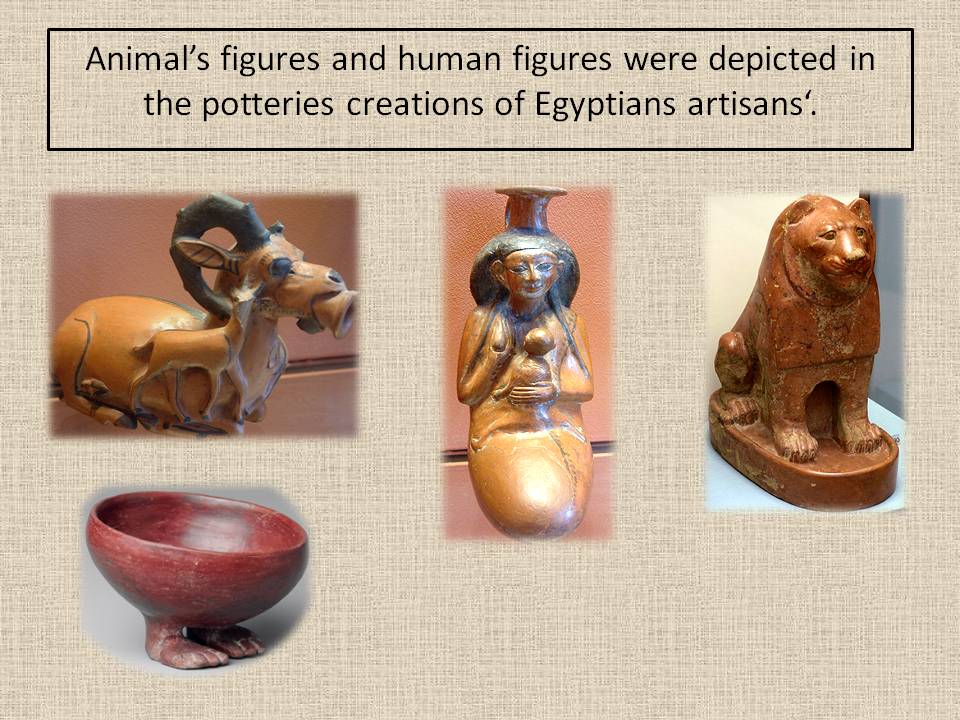 After the pottery was formed, either by a potter’s wheel or more primitive means, it would have been left to thoroughly dry. If the surface was to be burnished, after drying the pottery would have been polished with pebbles and then painted or perhaps engraved and finally fired, probably in a not confined place during pre dynastic times, until the development of kilns.

type of clay that was used.

–          The pottery made with Nile clay, and known as Nile silt ware. This potter after being fired, it has a red-brown color, been used for common, utilitarian purposes, though at times it might have been decorated or painted. Blue painted pottery was somewhat common during the New Kingdom (1,550-1,069 BC).

–          The pottery made from ‘marl clay’. This type of pottery was usually thought superior to the common Nile mud pottery, often used for decorations and other functions. Was often burnished, leaving a shiny glaze like surface although it was not a truly glace process.

Shaping Methods of Pottery Use in Egypt

–          Hand-shaping pottery and finished with a turning device. 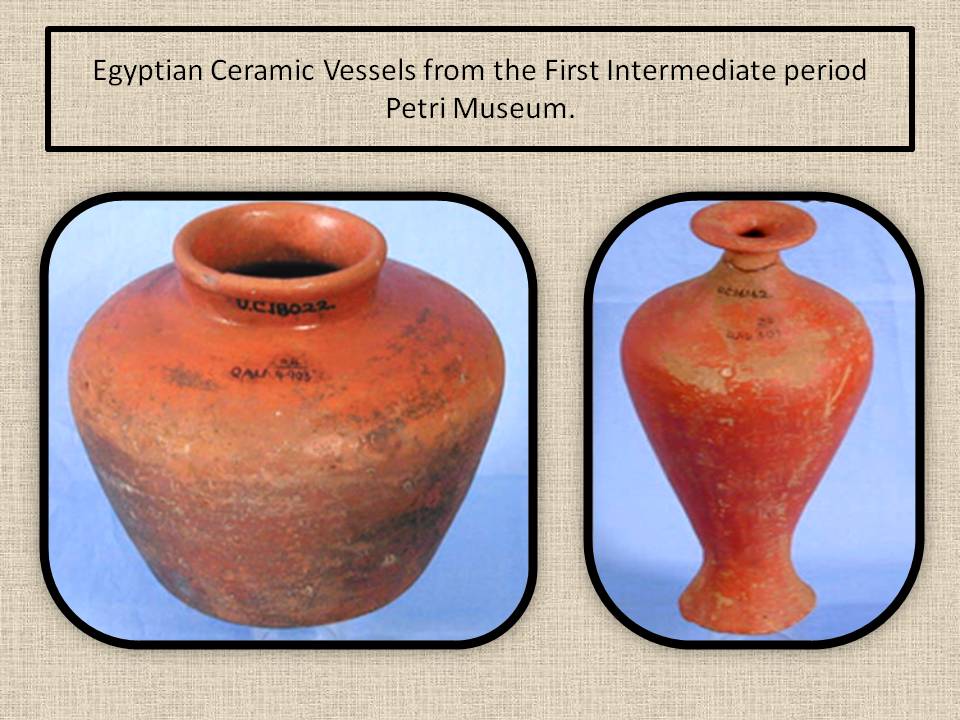 Hand-shaping methods of pottery use in Egypt

1) Forming a single piece of clay by the use of free-hand shaping,

2) Shaping with a paddle and anvil,

5) Building with a slab or coil.

It can be said in a summary that the pottery production in ancient Egypt was a significant industry that produces a variety of goods that serve well to resolve the basic needs presented to this culture of counting with  appropriate containers for liquids and solids. For us today these potteries are serving another different purpose but not less important because they are providing us with a wide range of answers to multiples questions still unresolved about this ancient civilization history, their religious dogmas and their social life. 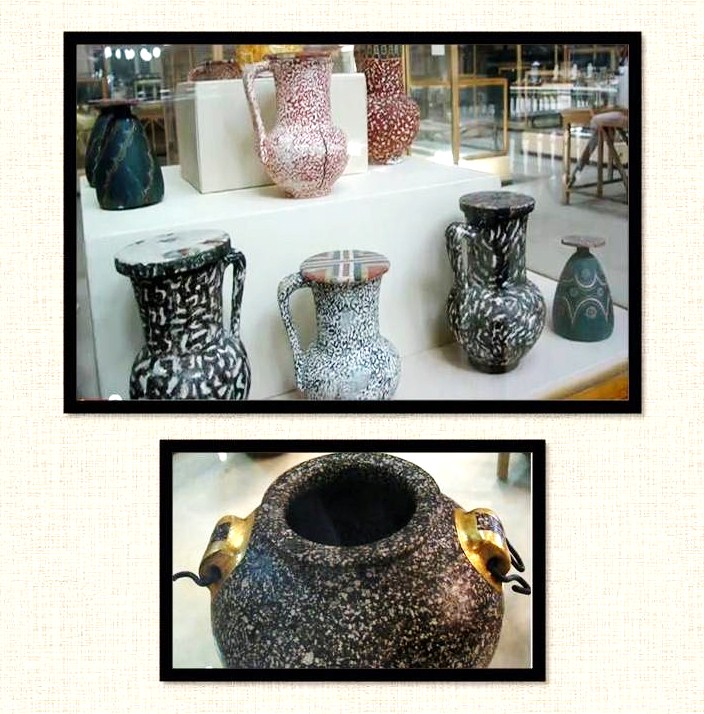 Link to this post!
📂This entry was posted in Egyptian Sculpture and Ceramic The Egyptian Pottery 📎and tagged Egyptian pottery enameled pottery mud pottery Unglazed pottery
« Sculpture in India Ceramic and pottery in the ancient art of India. »

2 Responses to The Egyptian Pottery.