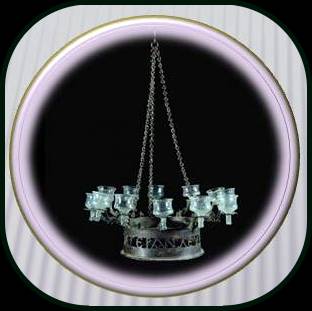 In Byzantine period glass offers the possibility of creating not only beautiful glass mosaic, but it also applies to the glassware for windows. Those magnificent paints made of colored glass were made to get the viewer’s attention on the characters and narratives scenes represented in them. This achievement was possible mainly thanks to the light coming from the outside.

Glass was also used to make perfumes jars, to keep liquids; lamps and container for drinking. Byzantium produced a few colored glasses adorned with a décor where the painting with polychrome enamels and gold are used to draw foliage decorated with animals or characters within medallions.

Amulets of glass molding, glass yarn bracelets, pearls in glass paste, small jewels and the false cameos also formed part of productions; mainly in the Mediterranean region, although it is possible that they were also done in Constantinople.

Experimenting with different substances artisan glass blower’s get interesting shades of color, they often produce incised or engrave decorations that were either simple, geometrical, or more elaborate with figurative motifs. Have been preserved as well glass work decorated with Jewish and Christian symbols from the Paleo-Christian period or with animals and plants, been those last ones more often done during the iconoclast period. 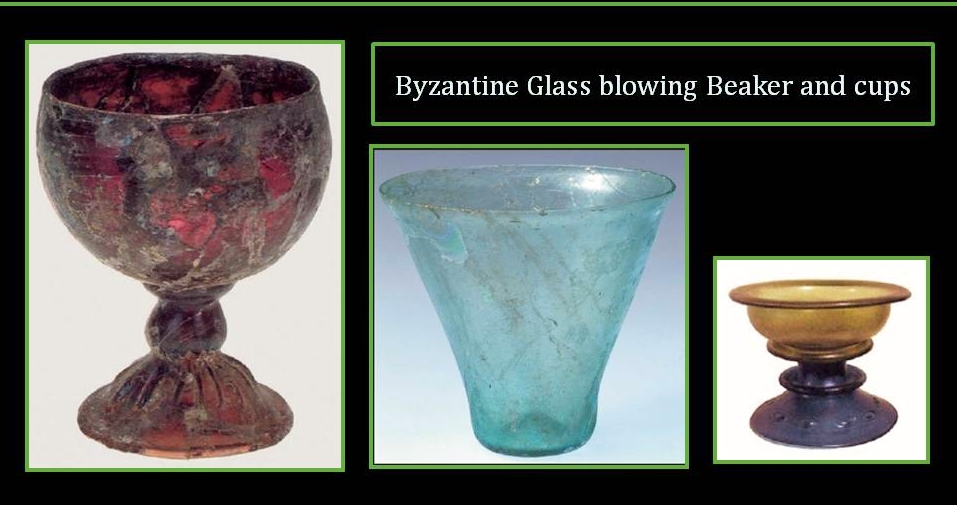 Have been found from different regions of the Byzantine Empire some glass containers and they go from light green; transparent, as well as other shades like: brown, red and purple; as they blend them to be apply in their production for different use.

Is important to remark that glassworkers use also to recycle glass dated from early times; been those mainly the one produced during Roman Empire times.  From the early cristian period this process of recycling provide them with materials to produce a wide range of  new items like the ones that are showing in the images. 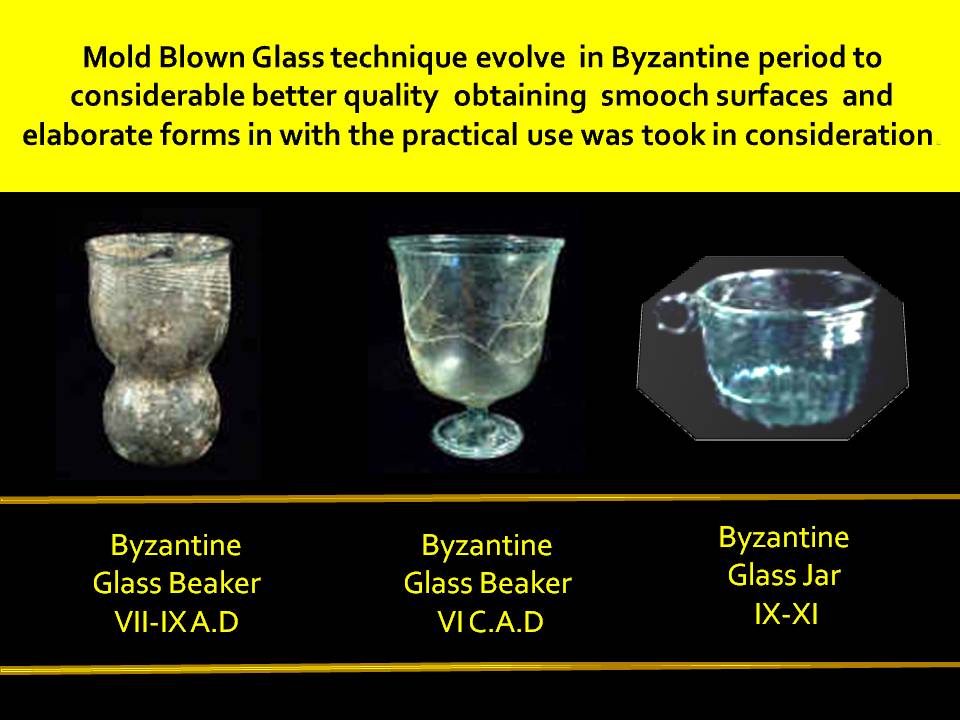 The glass consisted basically of soda, lime and silica, colored with oxides of iron, copper and manganese. Other substances like lime, fragments of quartz, copper chips and scraps of iron were added to obtain the different tonalities. Jars and cups for drinking highlighted in the Corinthian productions of the Byzantine era.

In churches and Byzantine cathedrals the patens, calyxes and sanctuary lamps are not differed from the other vases by the use of Christian symbols as they did in the Paleo-Christian era. Mold blown technique evolve to considerable better quality through times obtaining more rich colors, smooch surfaces and more elaborate forms in with the practical use of destination was took in consideration. 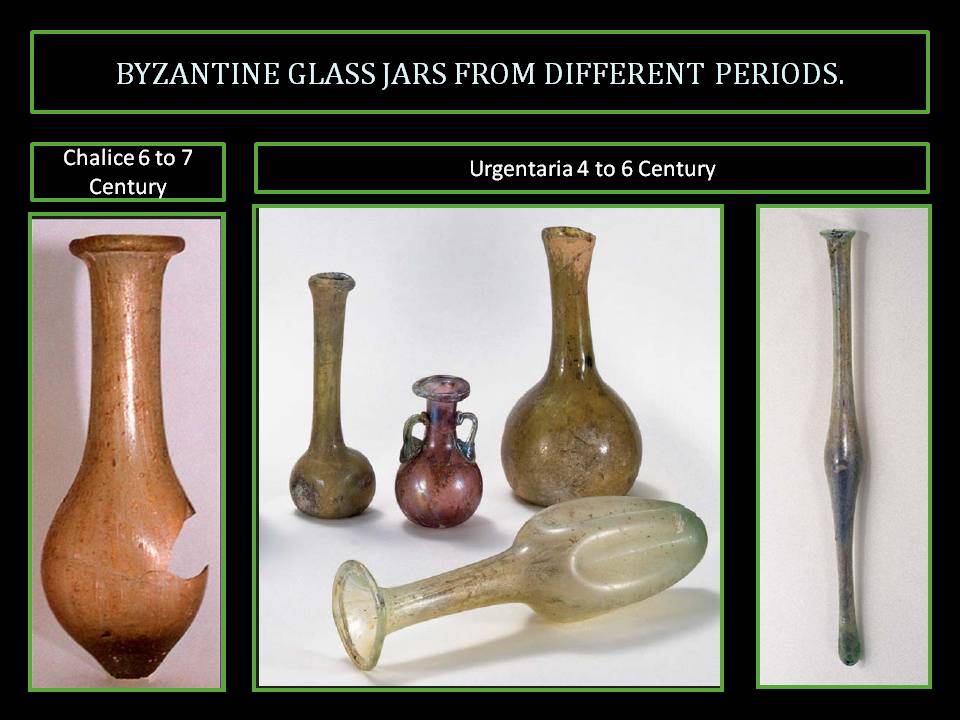 Vessels for holding and serving liquids, generally wine, usually holding around 1 or 2 Libra, without handles. Others counting with one or two handles, were produced in many forms.

From middle Byzantium period on, the buildings had less openings letting in natural light and these light deficiency places were replaced by oil lamps and candles. Those beautiful glass and metal objects made to illuminate the areas where the natural light was not properly cash were strategically located and the position and specific places stipulated by the church. The intention was to create a mystic atmosphere allowing the devotees get in adoration and humble state of mind when they were in the house of god. 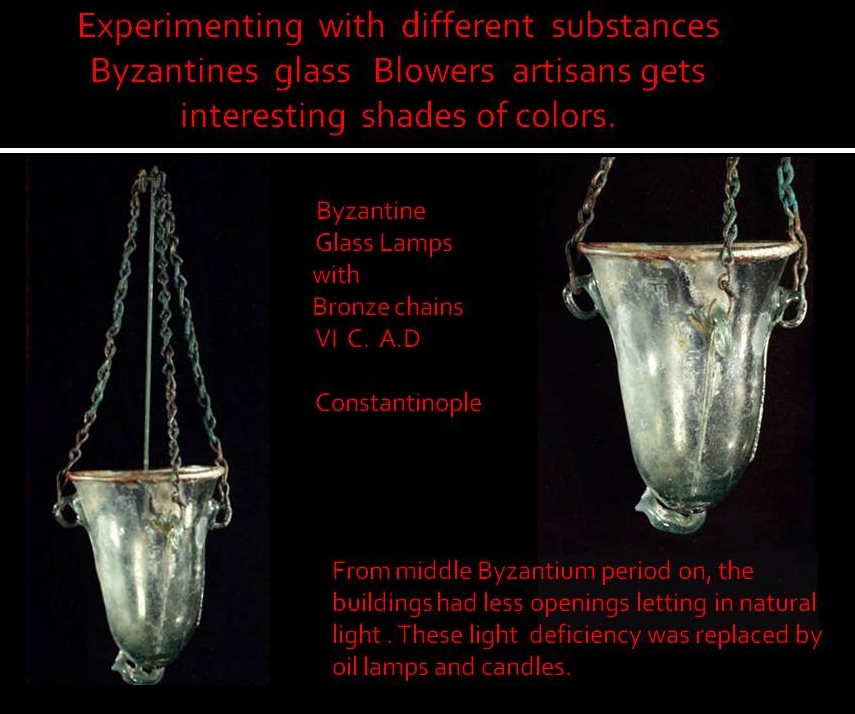 The simple geometric designs; with verticals lines and bell shape body, raid in some new design in which natural elements were incorporated and some oriental geometric forms were adopted, in the middle and late period of Byzantine Empire.

Since so few of the mosaics made with glass tesserae are left, it has previously been assumed that they were very expensive, However, recently some questioned arise that analyze, why was this observer as a fact?, placing some discrepancies to this assumption and suggesting that the raw material; (glass), was not expensive, since Byzantine was close to desert regions and suppliers. 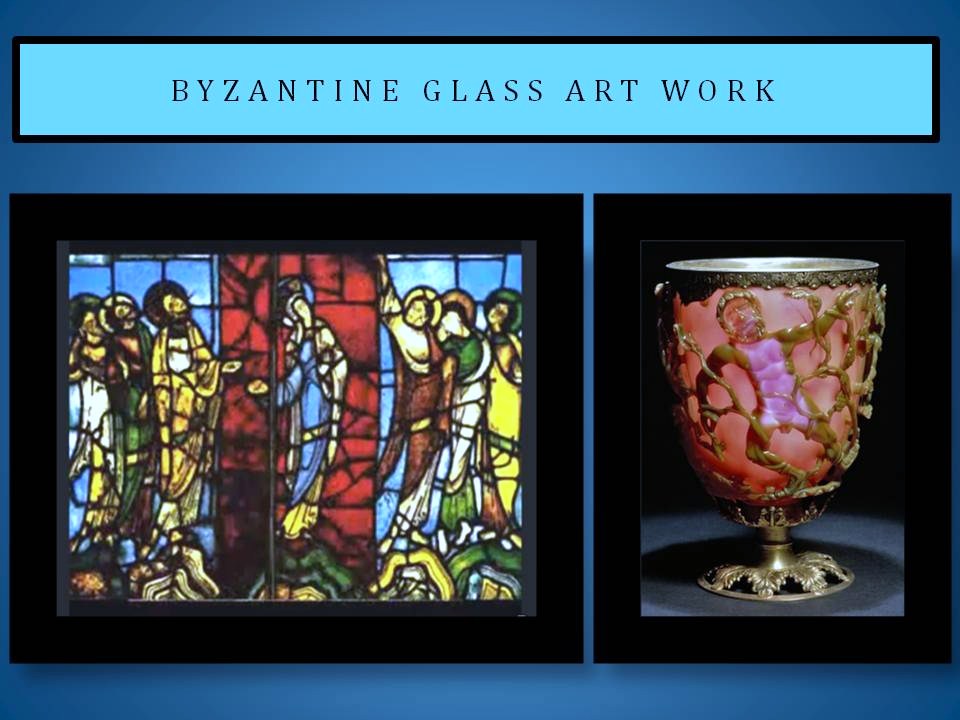 Byzantine glass tesserae manufacture production was spread all over the Byzantine Empire only the setting of the mosaics in the destination places was the most expensive aspect since it was very labor intense. They were manufactured in a number of ways and often colored.

Furthermore it seems that glass mosaics were far more widely spread than previously thought and would also explain why small and politically insignificant churches, which were not situated in any major centre, were so decorated. 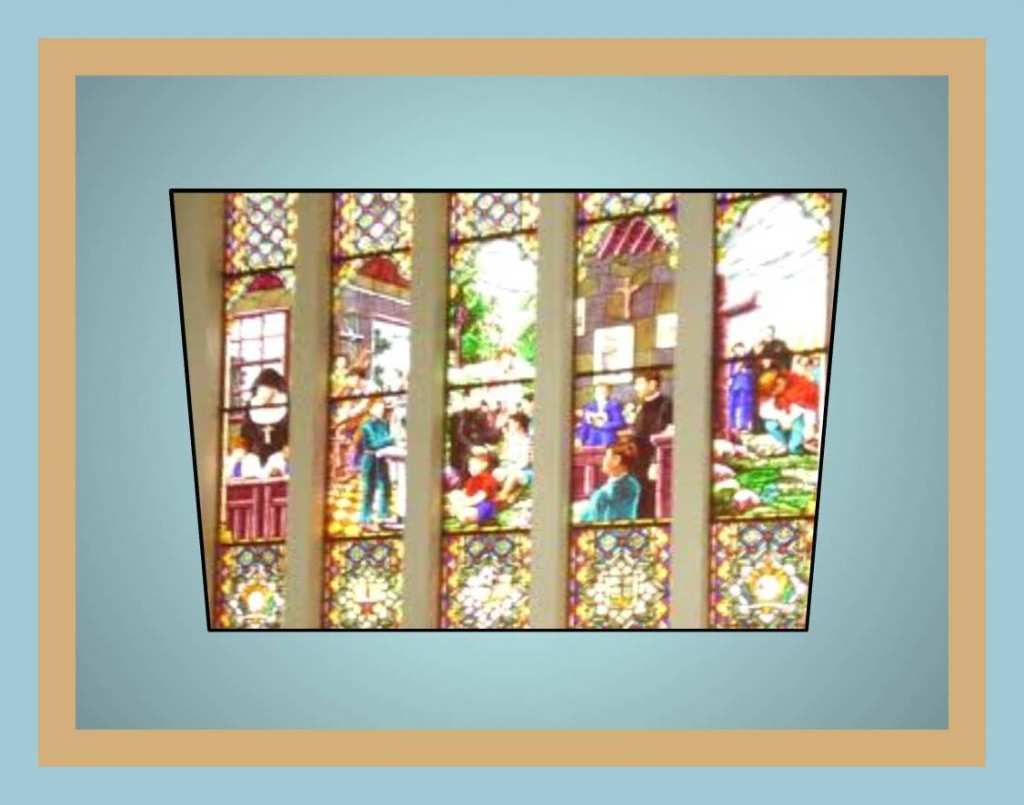 Due to the fragile characteristic; many of the glass art work of that period have been loss or destroyed in a different way; like for example the destruction occurred during the iconoclasm period in 8th and 9th centuries.

Glass vessels from Byzantine period were also destroyed during the 300 years of Arab expansion and invasions, but natural disasters such as earthquakes and fires played a roll as well.

The remaining glass vessels that survived give us an idea of the achievement in glass blow technique of those artisans from the Byzantine Period.