Many Etruscan sites, mainly in cemeteries and shrines, have been excavated, notably in Veyes, Cerveteri, Tarquinia, Vulci and Vetulonia. Other important sites are in Caere, Chiusi and Orvieto. Numerous Etruscan tomb paintings illustrate scenes of the life, death and mythology. They use a palette dominated by warm and bright colors framed by a stroke of dark line delimiting the figure giving the feeling of that are clipped on the bottom. They address mostly issues about daily life. 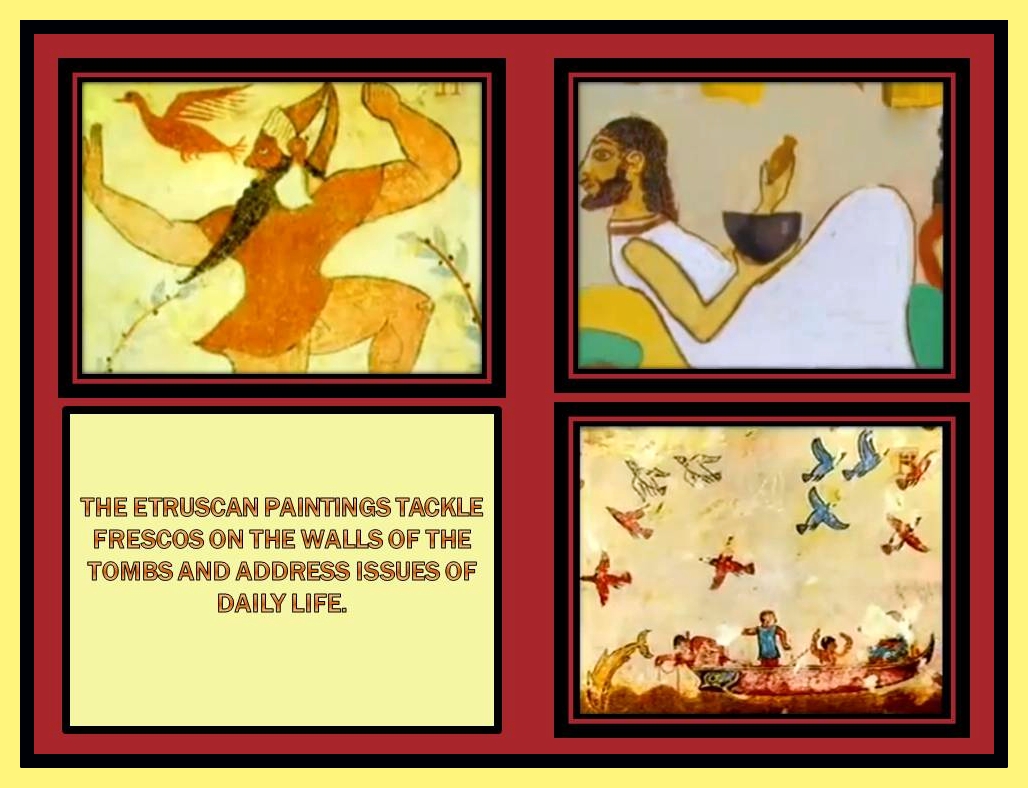 Made in the technique of fresco show a great similarity with the patterns and technical conventions leading in the painting of the archaic period on all Greece mostly those made before the 4th century BC such as:

– Difference in the use of color in male and female figures in which the Red was used for male faces and bodies and white for the female.

– Frame the silhouette with a dark continuous line that was filled with pigments.

– Figures flat, clipped on the bottom does not seek the feeling of third dimension.

– There is no intension of expression of movement.

– There is no concern to represent volume.

– Figures although they represent the body’s front show the head turn to the side. (Frontality). 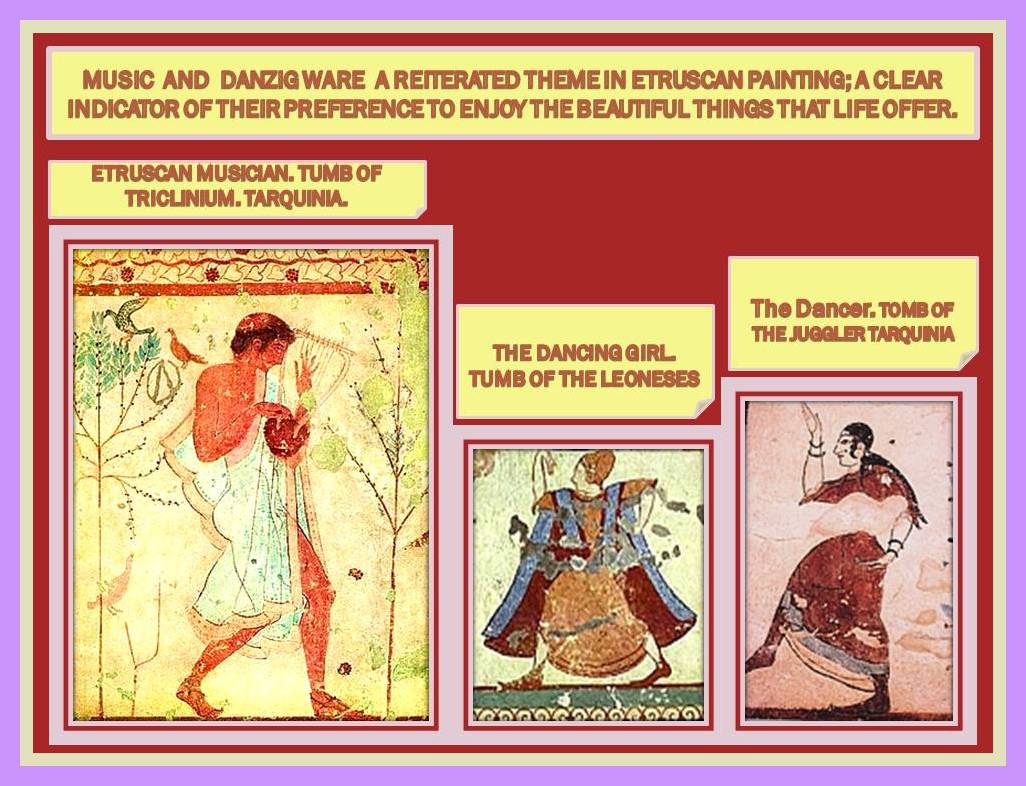 Of the hundreds of graves found in Tarquinia around some 60 have paintings that give name to the Tomb. The fresco painting found in them is linear, following much Greek art models as previously mentioned. People profile, but with the front body is represented, although there are also some of these paintings depicting figures displaying complete profiles with anatomical treatment. 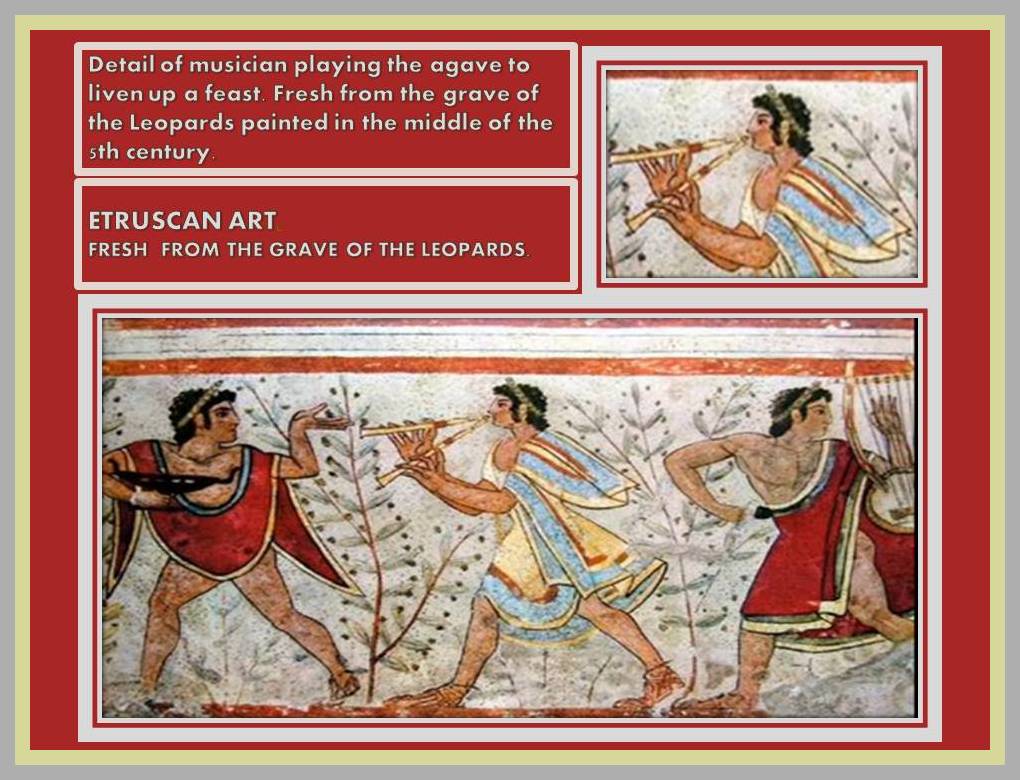 In the 6th and V BC main topics covered in the painting as found in these funerary monuments are:

– Predilection for the realistic scenes that were related to the daily events in their lives. Example: Tomb of hunting and fishing. Tarquinia.

– Illustration of funeral rites which includes banquets, dance and music. This issue is regularly represented at many of these tombs during the 5th century BC example of these issues are in the tomb of the Augurs. Tarquinia.

– The theme of the world beyond the grave. The Etruscans professed tribute to their dead in a particular way to represent them in his paintings full of life appreciating the good things of life and in their moments of well-being and wealth.

– The stories of heroes and mythological gods in the painting was in correspondence with the religious fervor of polytheistic concept (worship multiple gods and minor deities) so this topic provide great examples found in the tombs of ORCO II. Tarquinia.

– The dead are represented with their appropriate funerary inscriptions that also identified them. 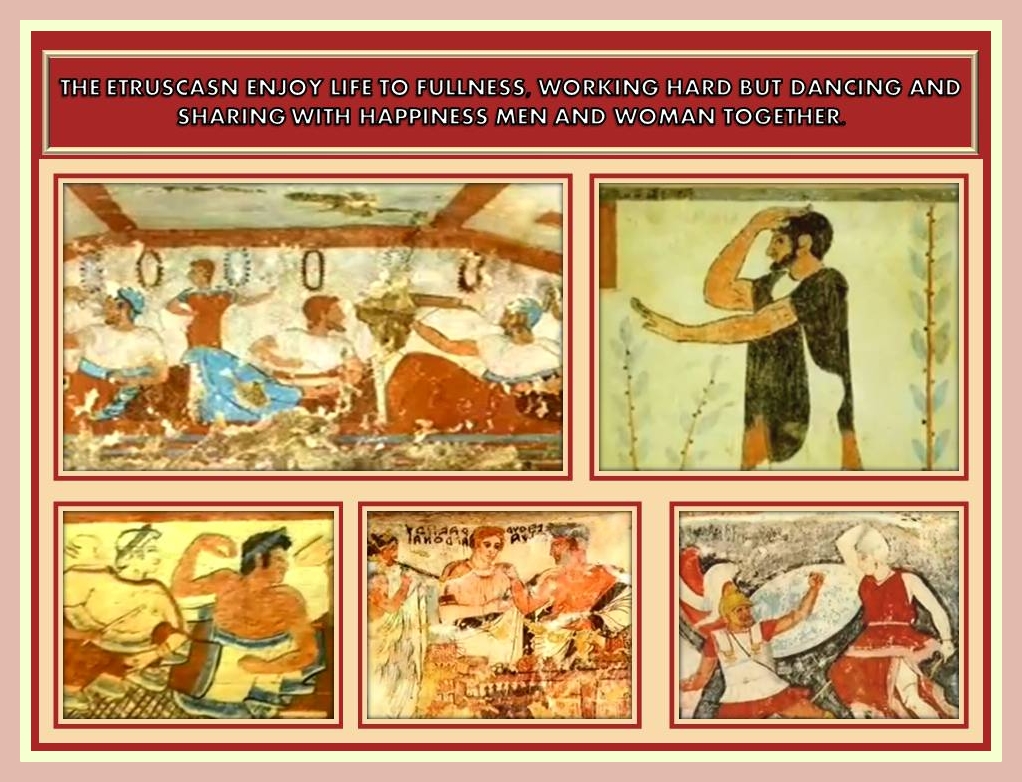 Major changes in the Etruscan pictorial realization are produced around the IV century BC and among them we can mention: 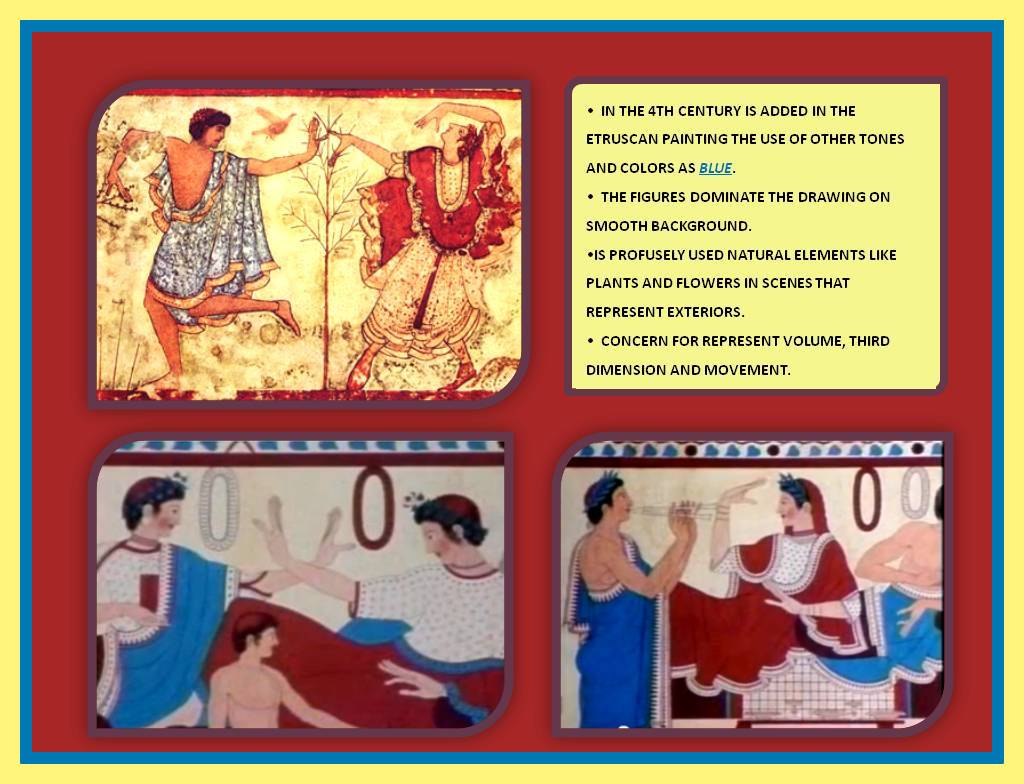 Other pictorial manifestations mainly related to the decoration of buildings such as temples were painted with Terra-cotta plates that covered the walls and columns of these buildings.

We will detail more about this in the post relating specifically to the Etruscan architecture. 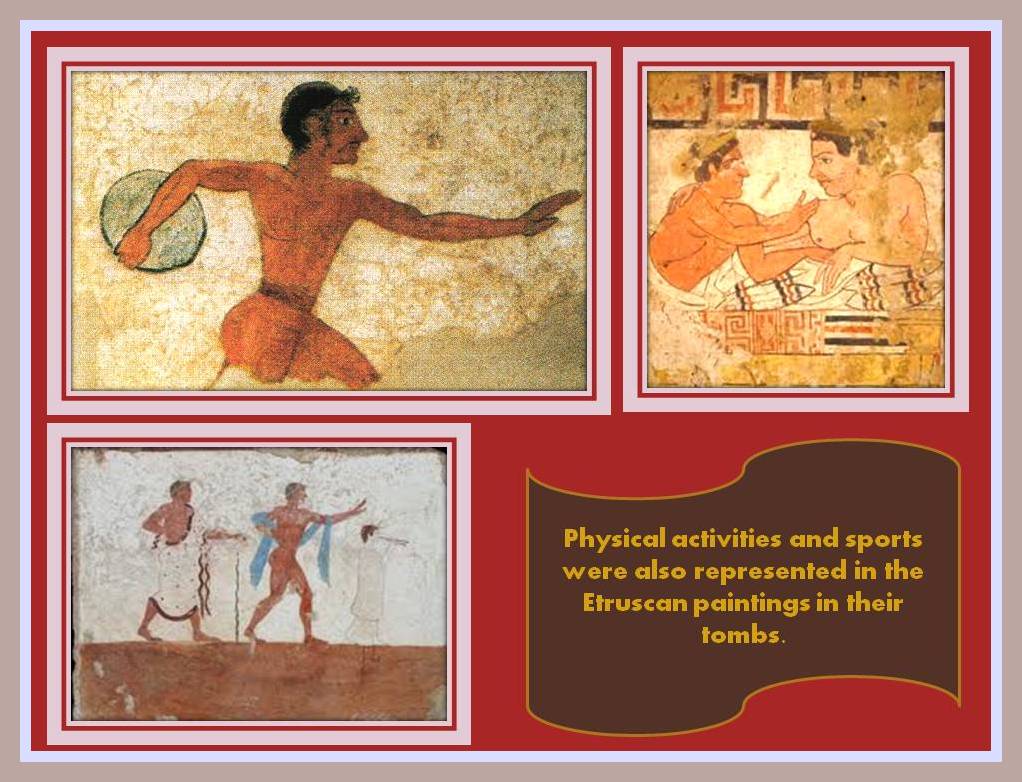