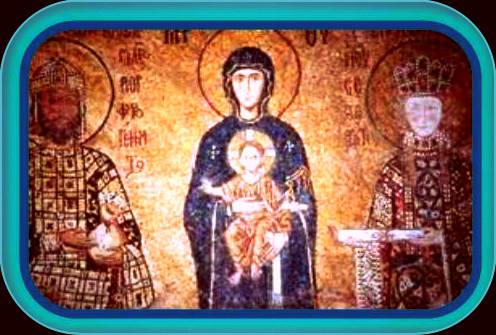 –       The mural for the decoration of the interior of the temple.

Mural painting was oil or tempera on wood, and they were great compositions of religious theme, character symbolic and very compatible with the abstract mentality of Eastern peoples.

In these paintings their intention was not to imitate the image of the man and the nature in details, they made instep a rational representation of the concept of these. From one period to another in the Byzantine painting the differences in the representation of the human figures related to the posses, Movement, expressions and dramatized scenes are quite noticeable showing the evolution the painting experiences along so many years of Byzantine empire regency. 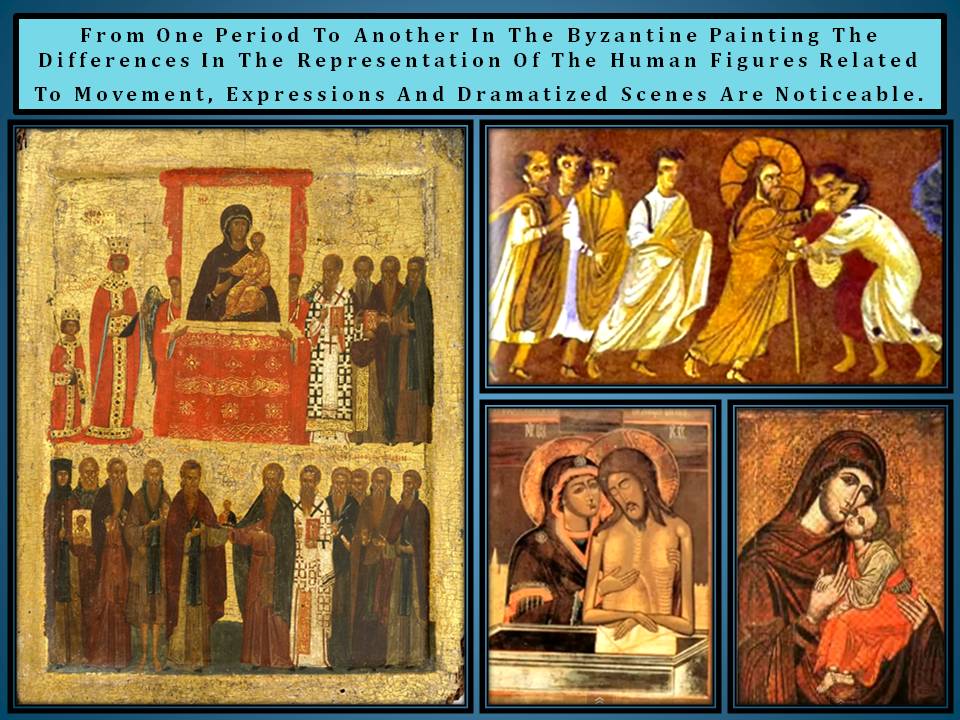 In the Vaults and domes were often painted allegorical scenes with images containing as a theme: 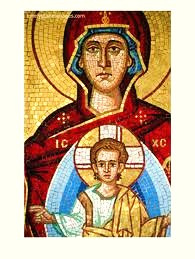 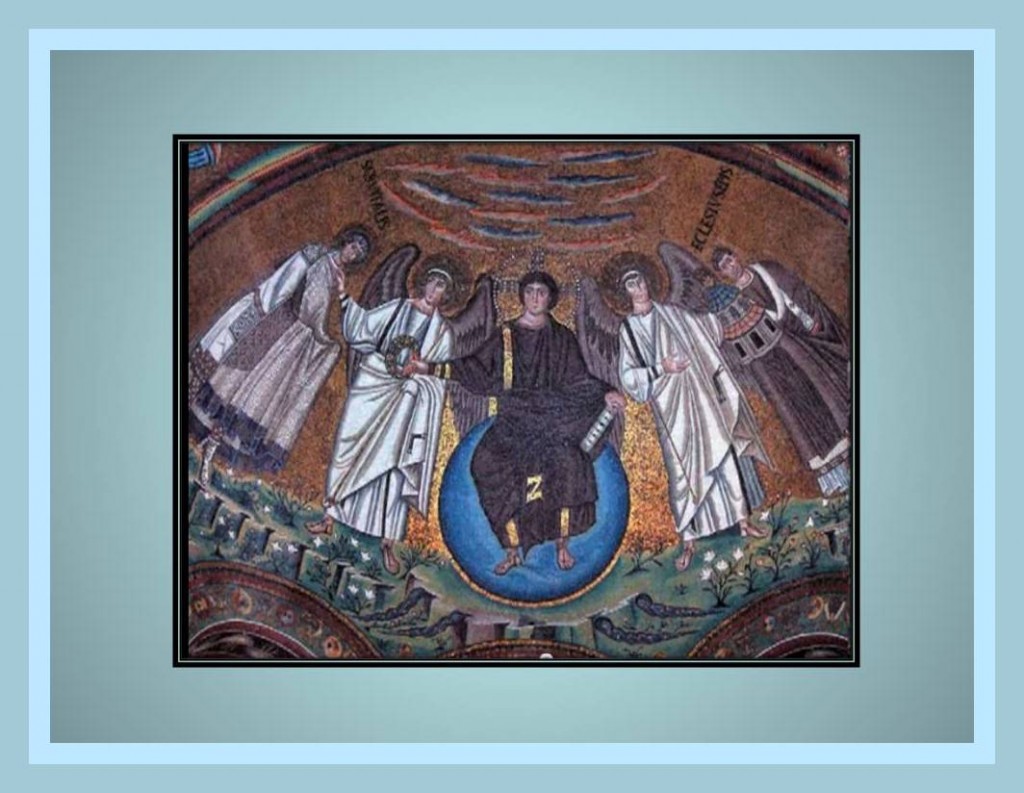 It is not possible to speak of the Byzantine mural art without reference to one of its finest creations: The mosaic.

It consisted of the composition of large scenes, usually religious, but not painted is made with small pieces of glass or marble with colors called “tesserae“, these small pieces of cutter glass in different colors were sticking to a base prepared to contain and sort them and in which had been made the previous drawing of the figures.

The great diversity of colors, tones and gradations of these “tiles”allowed give the figures all the effects of painting, in what refers to shades, shadows, shapes, and so on. The Byzantine Mosaic is distinguished for the rich materials, with abundance in the use of gold. Glass mosaics with golden material that emit a glowing sensation and also a fancy magnificent opulence in the ornamentation, although show poverty in the movement of the figures or expression in the characters faces. Elongated and serious figures reinforce the solemn and religious dramatics scenes. 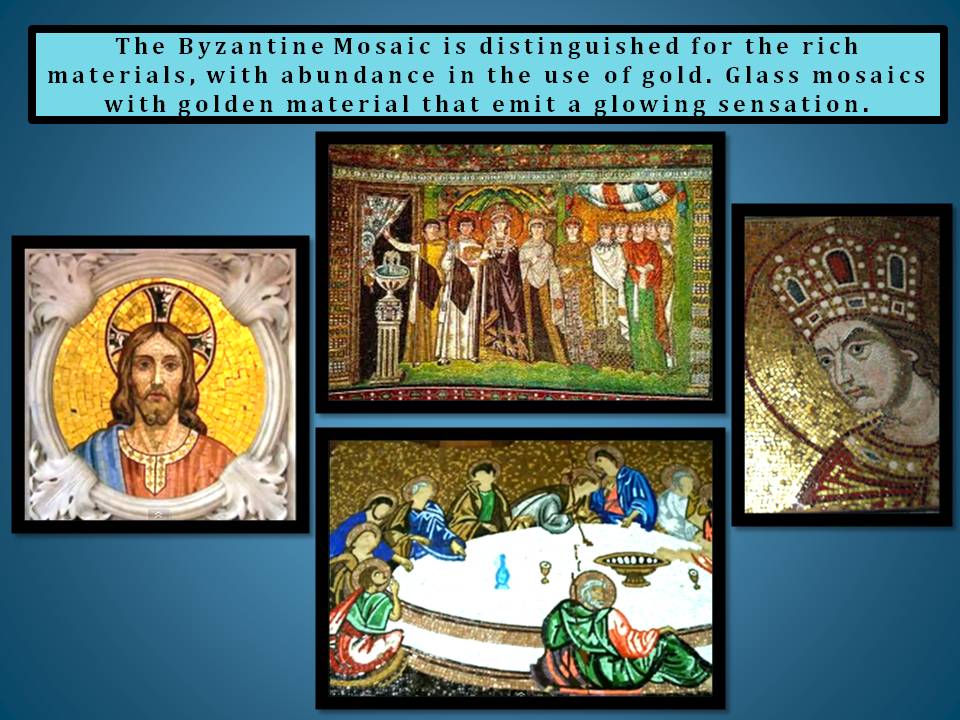 The Byzantine Mosaic achieved impressive lighting effects and shadows; as well as penetrating contrasts between the figure and the bottom with an effective result. This Mosaic supported the propaganda intension for which these murals were created to instill idolatry and deep religious fervor in the Viewer. 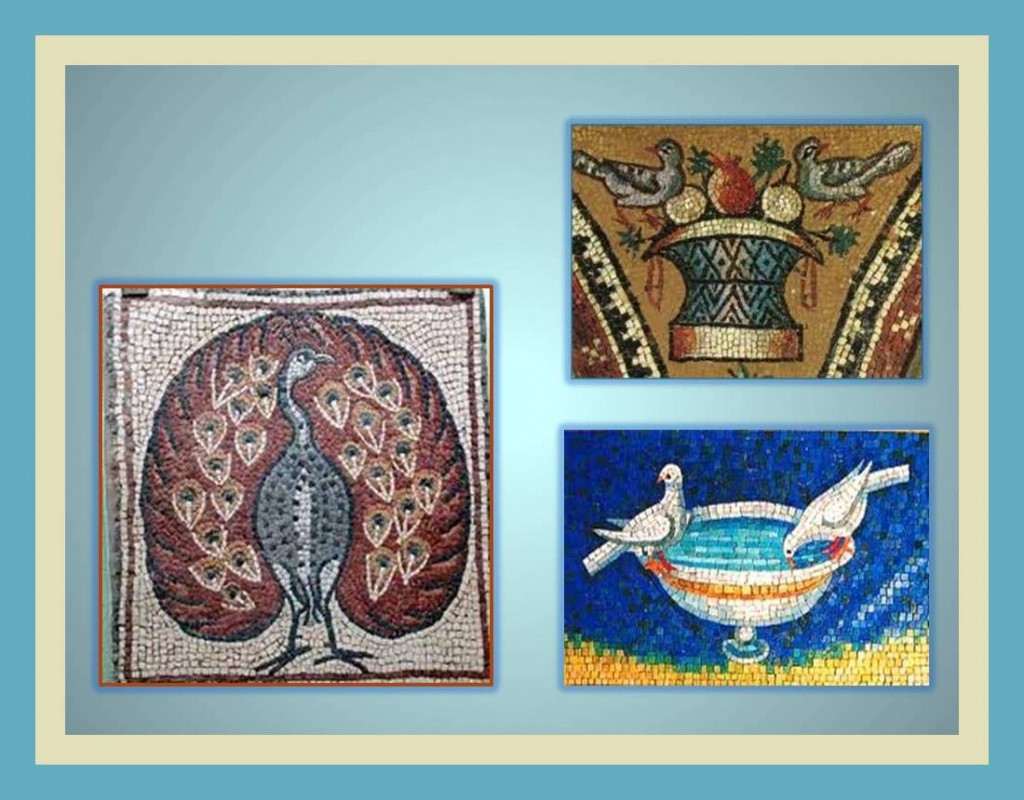 The use of the mosaic in the Byzantine culture is different from the use given in Rome.

– In Byzantium they were used more for the decoration of the walls of the Church by placing them preferably in high places where got this overwhelming and domineering effect.

– In Rome they were used widespread as a paving to walk on luxurious flats.

– During the period of the fight (opposed to the use of images); a ferocious destruction of many of these images was carried out and the painting and mosaic were forced to vary the themes and eliminate the use of images so penalty to be destroyed.

– Countless beautiful paintings, mosaics and sculptures were destroyed; as mentioned above, but already for the 9th century, art was returning to be present as an instrument of catechization and vehicle of devotion.

In a separarate article is explained the importance of Byzantine glass art work due to the extension of this matter.

To learn about the Byzantine Architecture please visit the following link