The Byzantine Basilica takes all its constructive aspects from the Roman style.

The fall of the Western Empire around the year 476 of our era, influences on Byzantium heritage in both aspects the spiritual and the philosophical. 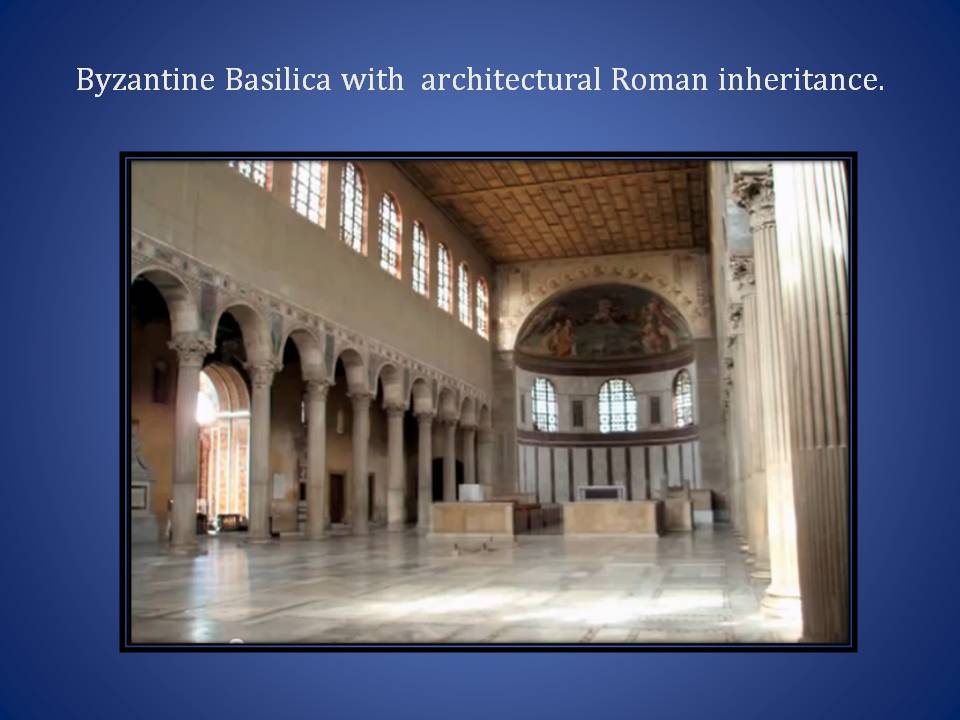 With the famous Justinian (which was a great benefactor of the arts) where executed many constructions both in Constantinople and Ravenna. In Constantinople he built the Church of Hagia Sofia dedicated to the divine wisdom the most important construction of Byzantine architecture; the masterpiece of this art. This Church has four minarets which were added in 1453 by the Turks, when this church became a Muslim mosque.

Hagia Sofia architect’s were two prominent exponents of the Byzantine art and they had previously worked for the Emperor in some military constructions. Their Names are:
-Anthemius of Tralles
-Isidore of Miletus

In the intermediate period (second golden age) predominated the churches of Greek cross plan, this are covered with beautiful domes located on polygonal drums on the rest. Countries with which Byzantium was more in touch or share the same historical and cultural tradition inspire the foundations of their constructive engineering. Of course we can find elements taken from the Romans, the Greeks, Syria or Persia, combined with others of their own invention; with the same importance and ingenious constructive creativity as the others cultures.
Centralized plant churches can be found more in the eastern part of the Byzantine Empire. Such is the case of the Church of the Nativity in Bethlehem and the Holy Sepulchral in Jerusalem.

In the final period; (third golden age) Byzantine art is continuing to spread by the valleys of the Danube, Romania and Bulgaria, even reaching the Russian lands. They left in this region their cultural mark on important architectural works such as the Church of the Assumption of the Kremlin in Moscow. Russians, as well as many other Eastern nations show evidence of architecture elements similar to that of the Byzantine Empire. One example of this influence is the Onion Dome as a predominant architectural element in this Culture. 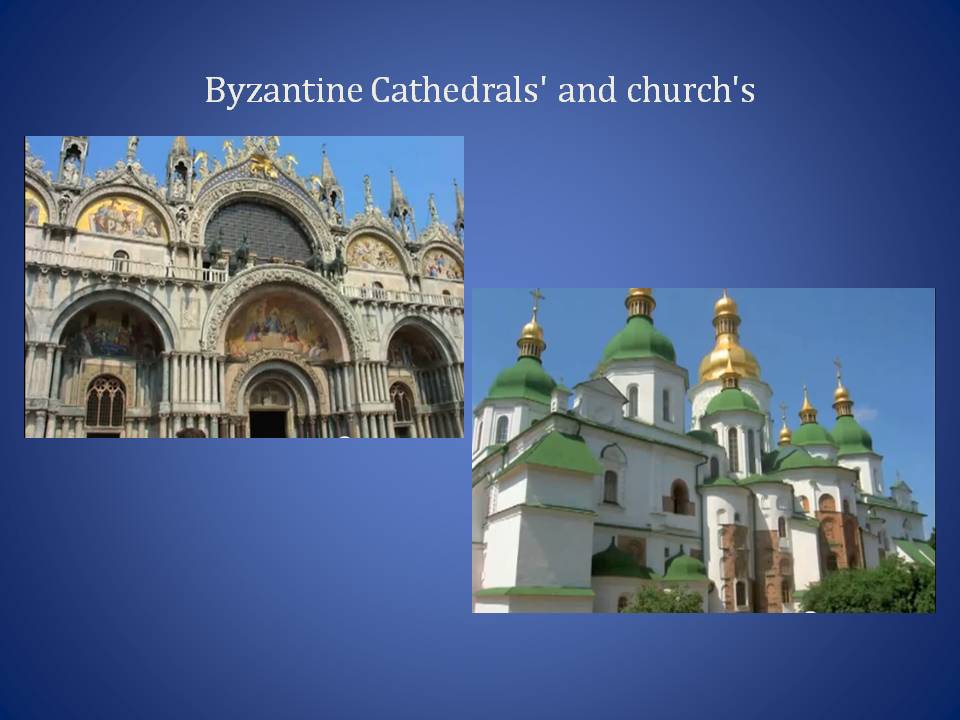 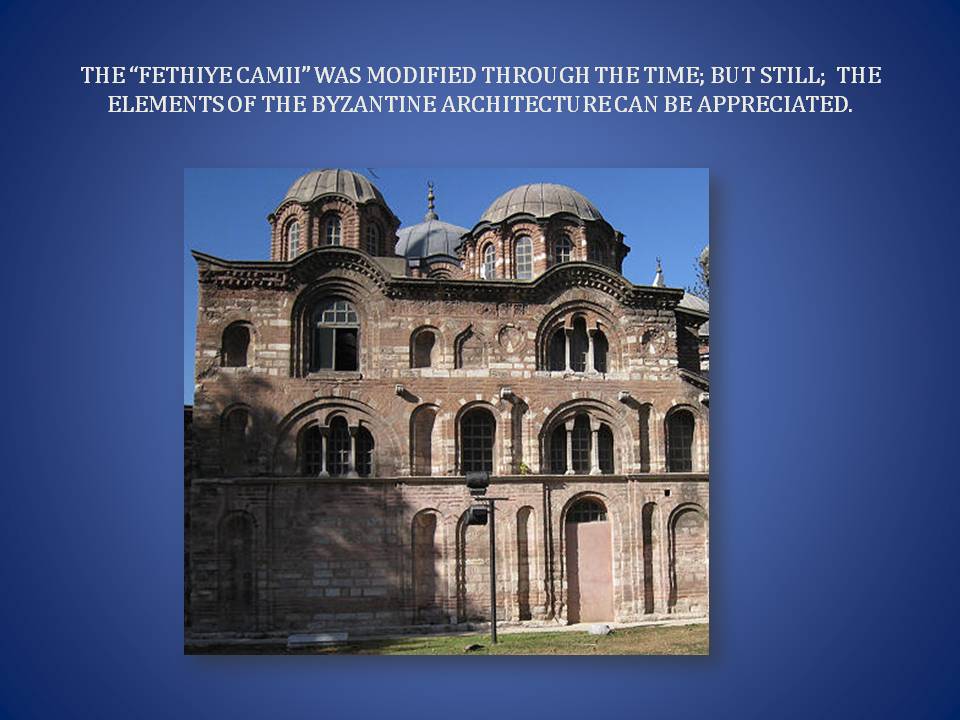 The distinctive features of Byzantine architecture are:

Link to this post!
📂This entry was posted in Bizantine Architecture Byzantine Culture 📎and tagged Onion Domes